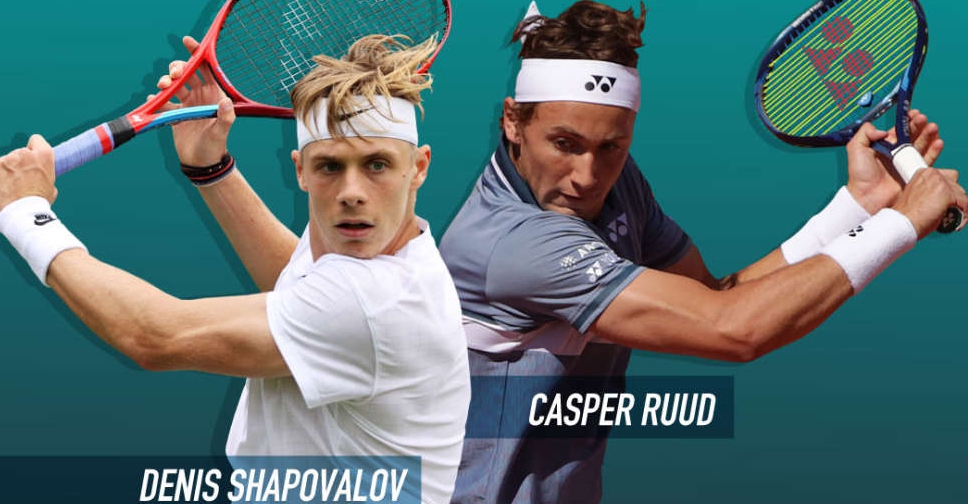 Casper Ruud and Denis Shapovalov have been confirmed for the 13th edition of the Mubadala World Tennis Championship.

"They are young, supremely talented, have had successes this season and are great additions to the line-up alongside Emma and Belinda. We are once again on track to bring the best-of-the-best from the world of tennis," said John Lickrish, CEO, Flash Entertainment.

Norwegian ace Ruud is arguably the most improved player on the ATP tour this year, having won five tour titles in 2021. It is a run that has seen him break into the world’s top 10, the first Norwegian to do so.

"I’ve had a great season this year and I’m excited to make my debut at this year’s Mubadala World Tennis Championship. I’m eager to keep improving next year, so Abu Dhabi in December provides a chance to play against the world’s best in preparation for another big season, while exploring a new destination and new cultures," said Ruud.

Meanwhile, Canadian star Shapovalov, the current world No. 15, has had an impressive year, achieving his best Grand Slam results in reaching the semi-finals at Wimbledon.

"It’s always nice to play in a new city and get the opportunity to see and do different things. I’m excited to come to Abu Dhabi to see all it has to offer, and I’ve heard great things about the venue so I’m looking forward to playing against the best in the world and putting on a show for the fans," said Shapovalov.

The sporting event returns with fans in attendance at the International Tennis Centre, Zayed Sports City in Abu Dhabi, from December 16 – 18.

Organisers added that the remaining four players will be announced in the coming weeks.