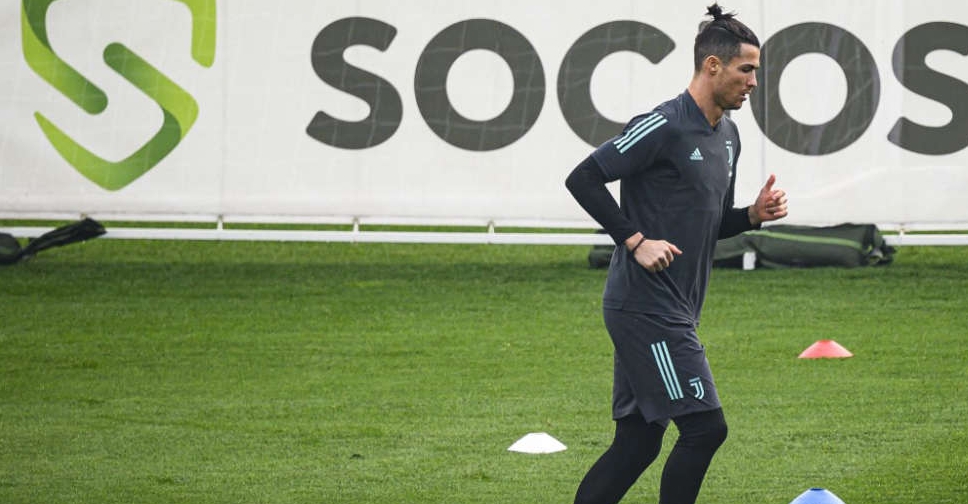 Manchester United capped a day of high-transfer drama by agreeing a deal for Cristiano Ronaldo to return to the club, after rivals Manchester City had a reported change of heart.

The transfer is subject to the agreement of personal terms, visa and a medical, but the 36-year-old appears set to leave Juventus to re-join the club where he won eight major trophies between 2003-2009.

Fan favourite Ronaldo's return generated so much excitement that United's website crashed shortly after they announced the deal, while the club's share price rose nearly 7% to $18.47.

Initial media reports had said Ronaldo, who told Juventus coach Massimiliano Allegri he wanted to leave the Turin club on Thursday, was likely to move to United's rivals City, but Sky Sports said the Premier League champions had decided against doing a deal.

Financial details were not disclosed, but the BBC claimed the fee was 15 million euros for Ronaldo up front, with eight million euros added on. Sky Italia said he will sign a two-year contract worth 480,000 pounds ($660,048.00) a week.

The day of drama started when Allegri, speaking ahead of Juve's Serie A clash with Empoli this weekend, said Ronaldo had informed him on Thursday of his decision to leave the club.

"Yesterday Cristiano told me that he no longer plans to play for Juventus," he told a news conference.

"This is why he will not be called up tomorrow. He did not train yesterday. He told his team mates this morning. I am not surprised at anything, in football there is the market and there are the needs of individuals.

"He made his choice. Life goes on."

Ronaldo, who won two Serie A titles and a Copa Italia trophy during his three years in Turin, posted a farewell message to Juve fans on Instragram later on Friday."Today I leave a wonderful club, the largest in Italy and certainly one of the largest in Europe," he said. "I gave my heart and soul for Juventus and I will always love the city of Turin until my last days.

"I can look back and realise that we have achieved great goals, not all we wanted, but still, we have written a beautiful page of history together."

Allegri's comments sparked a media frenzy, with reports in both the Italian and British media claiming Ronaldo's agent, Jorge Mendes, had already agreed personal terms with City - a move that would have proved controversial given their rivalry with United.

"I cannot say much," said the Spanish coach when asked about Ronaldo at a news conference to preview Saturday's home match against Arsenal. "Only I can say that in this three or four days left until the transfer window shuts, everything can happen.

"In my personal view there are few players that, and I think Cristiano Ronaldo is included and (Paris St Germain's new signing Lionel) Messi of course, decide where they are going to play."

But United had not given up hope of securing a return to Old Trafford for a player who spearheaded one of the most successful periods in the famous club's history.

"I know (United's Portugal midfielder) Bruno (Fernandes) has been talking to him as well and he knows what we feel about him. And if he was ever going to move away from Juventus he knows we're here," he told a news conference on Friday.

Hours after Solskjaer's comments, United announced the deal, something their website could not cope with.

"It is fantastic news," former United defender Gary Neville told Sky Sports. "It's a little bit nostalgic and nostalgia doesn't always work in football, it sometimes kicks you when you don't expect it.

"The idea of him going to Manchester City was torture for Manchester United fans. I said last week, if there is a big player available then United have to be in the market for that player.

"He’ll play regularly, he’ll play as a No 9, I’m sure they’ll put legs in and around him. He will score goals and Cristiano Ronaldo will be coming to win trophies, win personal accolades and set the Premier League on fire."

Ronaldo spent six seasons at Old Trafford from 2003-2009 where he won eight major trophies plus the Ballon d'Or as the world's best player in 2008 before sealing a then world record 80 million pounds move to Real Madrid.

At United, he scored 118 goals and won the Premier League Golden Boot in the 2007-08 season, the year he helped the Old Trafford club claim their last Champions League title.

The transfer means Ronaldo and Messi, winners of 11 of the last 12 Ballon d'Or awards between them, have both made surprising switches this summer.