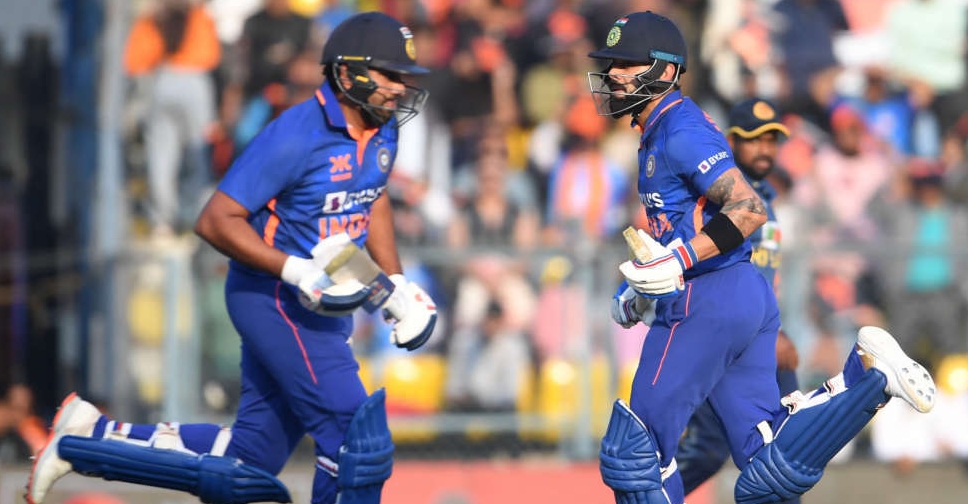 Indian captain Rohit Sharma and batsman Virat Kohli will play in a one-day international (ODI) series against New Zealand this month but will not feature in the following Twenty20 series.

India will play three ODIs and three Twenty20 matches against New Zealand from January 18, with Hardik Pandya again leading the side in the T20s while Rohit is captain for the 50-over games.

Pandya is continuing as captain for a third straight series, after leading India to wins over New Zealand in November and Sri Lanka this month.

KL Rahul and Axar Patel will miss both the T20 and ODI series due to family commitments.

The Board of Control for Cricket in India (BCCI) also announced the squad for the first two games of a four-test series against Australia beginning on February 9.

Rohit, who missed India's series win over Bangladesh in December due to a thumb injury, returns to the test squad as captain.

Batters Suryakumar Yadav and Ishan Kishan, who have represented India in shorter formats, could make their test debuts against Australia after being named in the squad.

Jasprit Bumrah, who has been struggling with a back injury, and Rishabh Pant, who suffered multiple injuries in a car crash last month, were not included in the squad.

Ravindra Jadeja's inclusion in the test squad is subject to fitness.