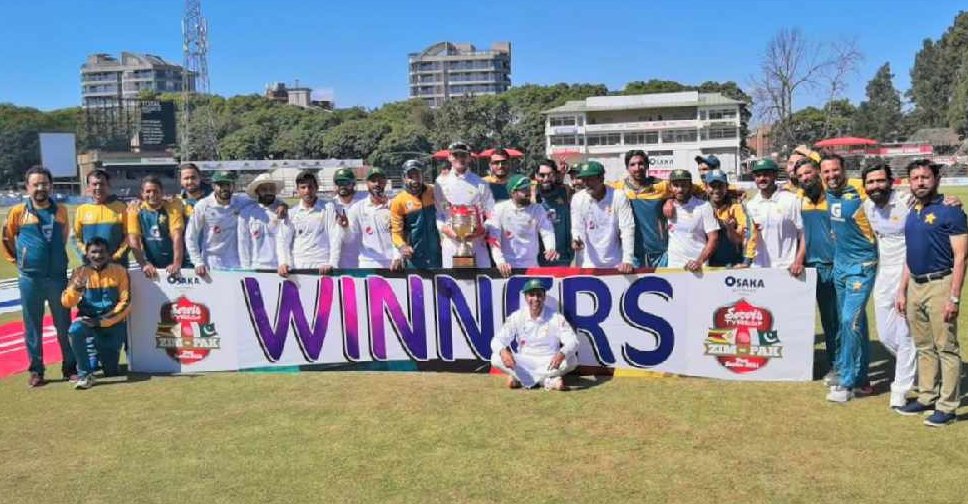 Seamer Shaheen Afridi took a career best five for 52 as Pakistan beat Zimbabwe by an innings and 147 runs early on the fourth day of the second test in Harare on Monday.

Pakistan needed just one wicket at the start of the day and it took a little over 20 minutes for Shaheen to induce an edge from Luke Jongwe (37) to wicketkeeper Mohammad Rizwan, wrapping up the contest as Zimbabwe were bowled out for 231 in their second innings.

The visitors won the first test by an innings and 116 runs and have now completed a comprehensive series victory, which followed limited overs success in South Africa.

They had elected to bat and posted a massive 510 for eight declared, boosted by a maiden double-ton for opener Abid Ali, who spent almost 11 hours at the crease for his 215.

Seamer Hasan Ali claimed 5-27 in Zimbabwe’s reply, skittling the home side for 132, before Nauman Ali (5-86) and Shaheen did the damage with the ball in the follow-on innings, claiming all the wickets to fall.

Only Regis Chakabva (80) and stand-in skipper Brendan Taylor (49) offered much resistance to the Pakistan victory charge, with most of the damage done on the third day when the visitors picked up 15 wickets.