Osaka taking another break from Tennis 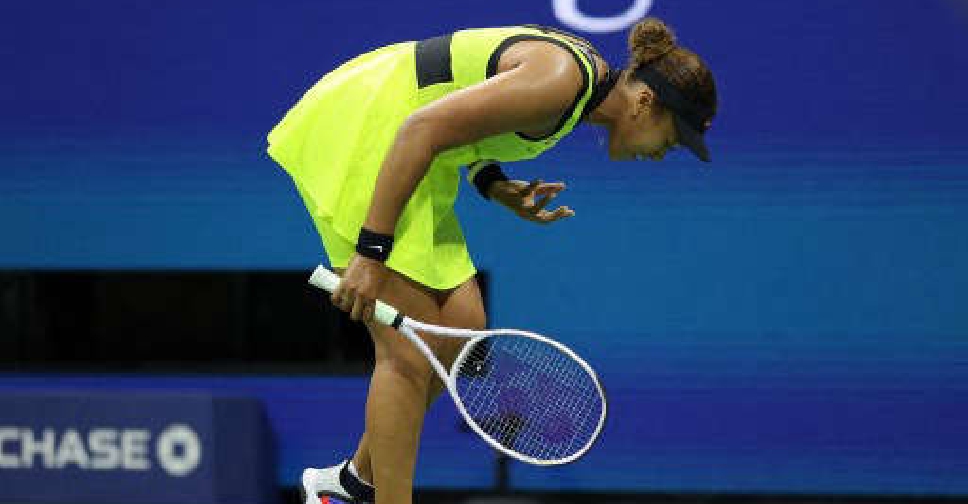 A tearful Naomi Osaka said she does not know when she will play again, after an emotional display during a third round loss at the US Open.

Osaka erupted in frustration during a 5-7 7-6 (2) 6-4 loss to 18-year-old Canadian Leylah Fernandez that ended her U.S. Open title defence on Friday.

The four-time Grand Slam champion, who quit the French Open earlier this year after saying she would not attend press conferences for her mental health, did not try to dodge the media thoughtfully answering questions until breaking into tears.

"Basically I feel like I'm kind of at this point where I'm trying to figure out what I want to do," said Osaka, wiping away a tear. "I honestly don't know when I'm going to play my next tennis match.

"I think I'm going to take a break from playing for a while."

There were no signs of trouble in a routine opening set won by Osaka before things began to unravel late in the second when Fernandez broke her at 6-6 to force a tie-break.

As the Canadian took control Osaka repeatedly slammed her racquet and then left the court.

Umpire Alison Hughes was willing to give Osaka a pass for those acts that would have gotten many players a code violation, but in the third set with Fernandez serving to go up 2-0 she finally issued a warning when the former-world number one angrily smashed the ball into the stands.

Many players have smashed racquets and balls during matches, even Osaka on occasion but the 23-year-old has mostly maintained cool composure.

"I'm not really sure why," said Osaka when asked about her lack of restraint. "I was telling myself to be calm, but I feel like maybe there was a boiling point.

"Normally I feel like I like challenges. But recently I feel very anxious when things don't go my way, and I feel like you can feel that.

"You could kind of see that. I was kind of like a little kid."

The soft-spoken and self-confessed introvert does not particularly like being in the spotlight and has been open about her struggles with depression and anxiety.

She withdrew from the French Open amid controversy over her decision to skip all press conferences at the tournament to protect her mental health.

She later pulled out of Wimbledon before returning to competition at the Tokyo Olympics where she had the honour of lighting the Olympic cauldron.

The U.S. Open, which she has won twice, marks her return to Grand Slam tennis.

"I feel like for me recently, like, when I win I don't feel happy," said Osaka. "I feel more like a relief. And then when I lose, I feel very sad."