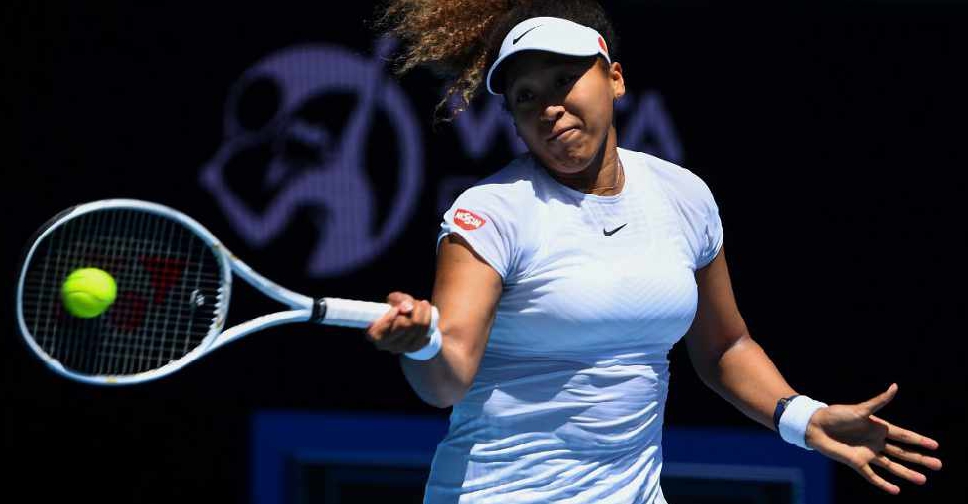 US Open champion Naomi Osaka extended her winning streak to 13 matches on Wednesday after defeating Katie Boulter 3-6, 6-3,6-1 to reach the quarter-finals of the Gippsland Trophy.

Top seed and world number two Simona Halep later had a more routine passage into the last eight of the Australian Open warm-up with a 6-2, 6-4 win over German Laura Siegemund.

French Open champion Iga Swiatek crashed out of the tournament with a 6-4, 6-2 loss to Russian Ekaterina Alexandrova, while British fifth seed Johanna Konta was edged 4-6, 6-7(10), 6-7(4) by Romanian Irina-Camelia Begu in a Court Seven marathon.

Osaka is playing her first WTA tournament since securing her second title at Flushing Meadows in September and said she was grateful for Wednesday's workout after a comfortable win over Alize Cornet in her season-opener on Tuesday.

"I couldn't have asked for a better preparation match," Osaka, the second seed, told reporters.

"That's something I couldn't practice. So I'm very happy with how it went, actually. Even though it was long, I think there are a lot of things that I learned in this match."

Boulter beat American Coco Gauff in the second round and another upset looked on the cards when she matched Osaka's power-hitting to take the opening set on Margaret Court Arena.

Osaka raced to a 3-0 lead in the second set but the 24-year-old Briton would not fold and had break points to put the stanza back on serve.

The 2019 Australian Open champion upped her return game to level up the match before running away with the third set and sealing a last eight tie against Begu.

Third seed Elina Svitolina also came from behind to see off Jelena Ostapenko 6-7(4) 6-3 6-2 and set up a quarter-final date with Belgian Elise Mertens.

Halep looked every inch the Grand Slam champion in the opening set of her match against Siegemund but lost her way when her serve faltered and she was broken at the start of the second.

The Romanian, whose last official tournament was the French Open last October, spent some time muttering to herself on the baseline but regathered her composure and broke the German twice to secure the victory.

"I'm really happy with my victory today and I'm happy to be back here," the former French Open and Wimbledon champion said.