Nadal gearing up for ATP Finals after 'positive' outing in Paris 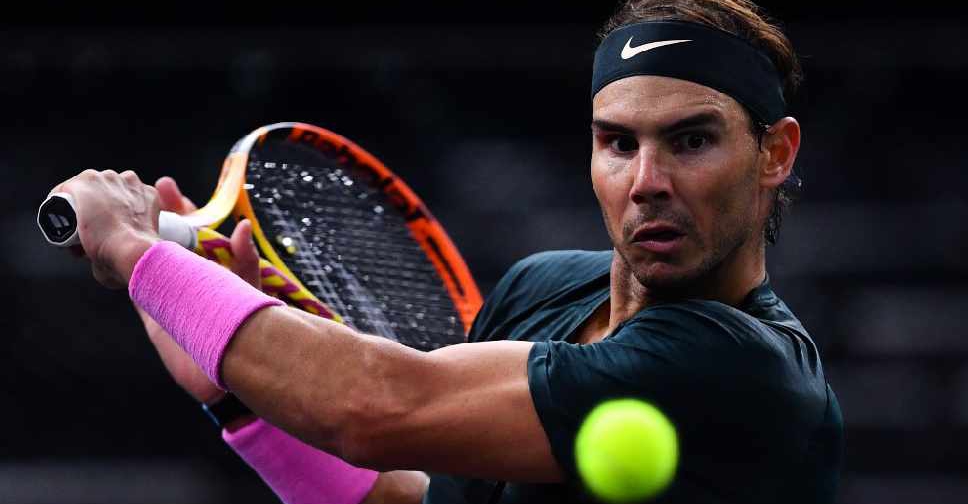 Rafael Nadal says the Paris Masters has been a "positive tournament" for him despite Saturday's semi-final defeat to Alexander Zverev, and hopes it will help him in his bid for a maiden ATP Finals title this month.

The Spaniard world number two went down 6-4 7-5 to German fourth seed Zverev, once again failing to add the elusive title at the Bercy arena to his burgeoning cabinet that is adorned by 20 Grand Slam singles trophies.

"I have been competitive, I have been there until the end against a player who is playing great on a surface that he's winning a lot," Nadal told reporters. "So (it) has been a positive tournament for me.

"Of course, not happy about the loss, but that's part of the game. I played against a great player, and I accept the defeat. He played a little bit better than me."

Next up for the 34-year-old will be the season-ending ATP Finals, which will be held at The O2 in London without spectators from November 15 to 22.

The Finals, which is contested by the top eight men's singles players and doubles teams, is another tournament that Nadal has failed to win.

"I spent hours on court. Of course, I wanted to win the tournament, but it's always difficult," Nadal said about his Paris Masters campaign.

"But I had the right attitude during the whole event, I think, fighting in every match. That gave me the chance to play four matches that I think will be helpful for London.

"I need to adjust a couple of things, but I am doing well on all the important things. So let's see. I have one week and a little bit more to keep working, and I hope to be ready for it."