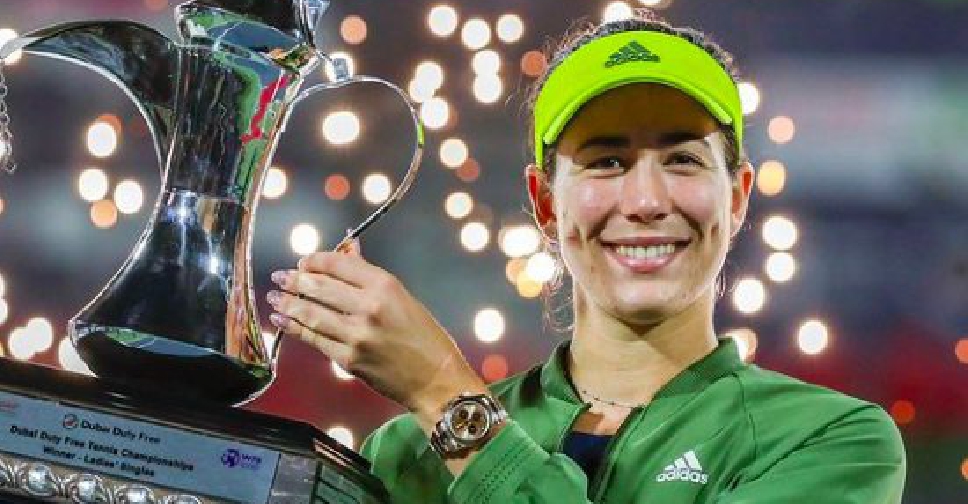 Former world number one Garbine Muguruza was relieved to finally avoid tripping at the last hurdle and end her trophy drought on Saturday in Dubai, the Spaniard's first WTA singles title in almost two years.

The 27-year-old had last won a tournament at Monterrey, Mexico, in April, 2019. Since then she reached the title rounds at the 2020 Australian Open, Yarra Valley Classic in Melbourne in February and last week's event in Doha.

"It means a lot, it's never easy to win titles," Muguruza told reporters after her 7-6(6), 6-3 win over Czech Barbora Krejcikova.

"It doesn't happen often, and I'm excited that it happened now, after a few finals that didn't go my way. A nice relief to be able to hold a champion's trophy and not the finalist's trophy."

The strongly built Spaniard won her maiden Grand Slam title at Roland Garros in 2016 and bagged her second at Wimbledon the following year to climb to the top of the women's rankings.

She is ranked 16th but leads the WTA tour with 18 victories during the 2021 season.

"Definitely it helps the confidence having a trophy under your belt," Muguruza said. "It's a sign, a real proof that you're playing well, that you're doing the right things.

Muguruza said the last two weeks have been mentally challenging for her after her coach, Conchita Martinez, tested positive for the new coronavirus after arriving in Doha for the Qatar Open.

"Very hard nowadays because I feel like the level is much stronger," said Muguruza. "I feel really everybody can win a tournament. This is how hard women's tennis is now and very happy that I managed to, for two weeks, reach the last match."