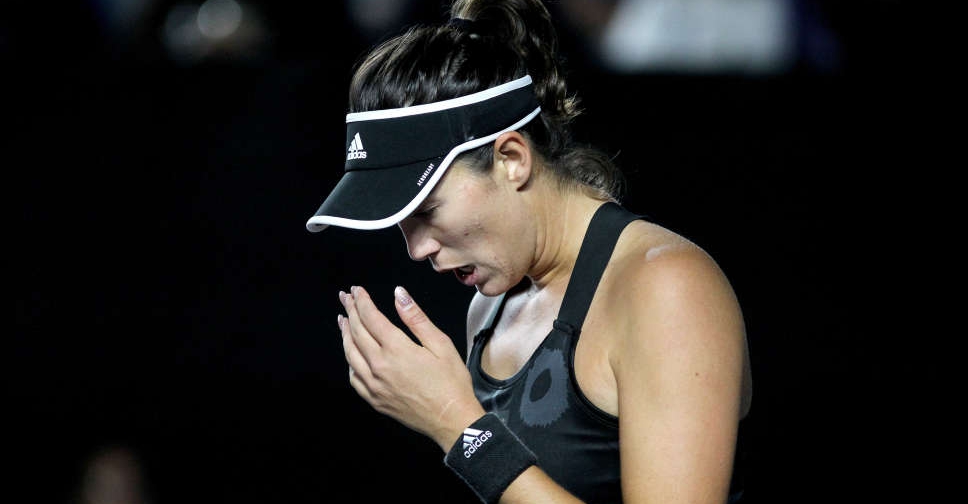 Suffering a second round exit from the Australian Open on Thursday, world number three Garbine Muguruza blamed a COVID-19 outbreak within her support team for disrupting her preparations for the first Grand Slam of the season.

The former Wimbledon and French Open champion, who reached the final of the Australian Open in 2020, was soundly beaten 6-3 6-3 on Rod Laver Arena in her second round clash with unseeded Frenchwoman Alize Cornet.

"It's been a pretty stressful start of the year also with my team," said Muguruza. "They all got COVID before coming here. We were for 15 days apart.

"It was hard for me for the preparation to come to the Aussie, swing and play and perform well. That was tricky a little bit.

"Physically here I wasn't also feeling my best. It was a kind of stressful start of the year.

"I'm okay always to train by myself and I like it. But it's a tricky part of the year also.

"The pre-season, the start of the season, you are doing the last touches. You kind of want to continue working. That threw me a little bit off."

Muguruza was well below her best against a determined Cornet as the former world number 11 exerted pressure early in the first set, breaking the number three seed in her first service game.

The Spaniard improved in the early exchanges of the second set but another break for Cornet in the sixth game put her in command and the Frenchwoman broke once more to close out the match.

"It's a tough day," said Muguruza, adding that she struggled to play her usual game.

"My serve wasn't there. I think my shots weren't there also. Tactically I think I wasn't doing the right decisions either.

"I think on top of that she played very well, very solid game. I think she plays better when she's playing against top players."

Cornet advanced to the third round for the first time since 2018 and will face either Britain's Heather Watson or Tamara Zidansek from Slovenia.