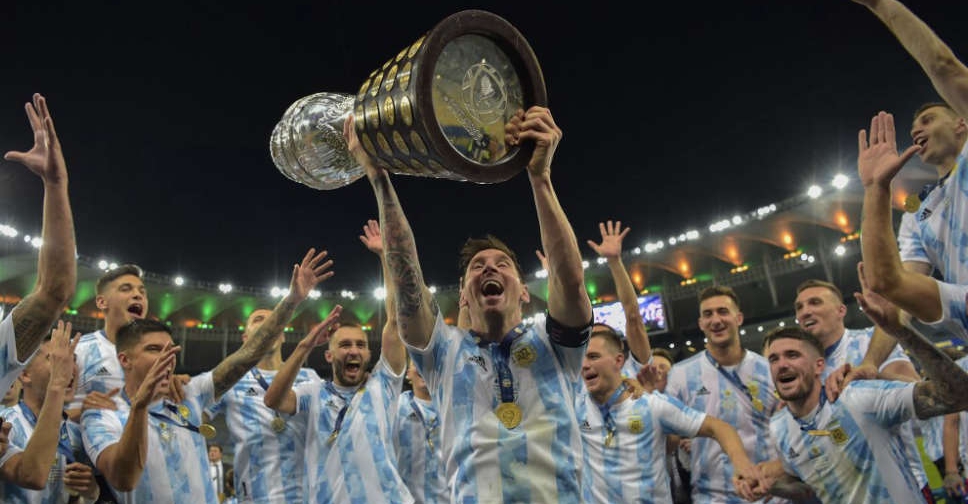 Lionel Messi was uncharacteristically quiet in Argentina’s 1-0 win over Brazil on Saturday but his performance was irrelevant compared to what the victory means – a first major title for Messi in the blue and white of the national side.

The Barcelona striker has won the FIFA World Player of the Year a record six times and is widely considered one of the greatest players ever to play the game, alongside Pele and countryman Diego Maradona.

But his inability to win an international title with Argentina always left an asterisk beside his name on the all-time greats list.

That is now gone after an emotional Copa America final at the Maracana stadium decided by a first half goal from Angel Di Maria.

Messi had a quiet game by his own standards and missed a golden chance with two minutes remaining when he appeared to stutter with only the keeper to beat.

But the record books will record he finished the tournament's top goalscorer with four goals and was elected joint-best player along with Neymar.

More importantly, Messi is finally a winner at the international level after finishing on the losing side in four previous finals - three times in the Copa America and once in the 2014 World Cup.

People took to the streets in Argentina to celebrate the win, Argentina's first major title since 1993. Argentine TV celebrated the title as Messi's.

The 34-year-old has been in superb form over the last few weeks, scoring four times – including two trademark free-kicks - and setting up five goals, a tournament-high.

The win brings his dismal run to an end and also caps a remarkable comeback.

Messi was so upset at losing to Chile on penalties in the Copa America final of 2016, exactly as he had done a year before, that he retired from international football.

He changed his mind a few weeks later and helped drag an inconsistent Argentina to the World Cup finals in Russia where once again they crashed out to eventual champions France in the last 16.

Messi failed to score in the knockout stages of the World Cup for the fourth time in a row, raising even more questions about his place on the all-time greats list.

That question has surely been erased after Saturday’s victory in Rio.