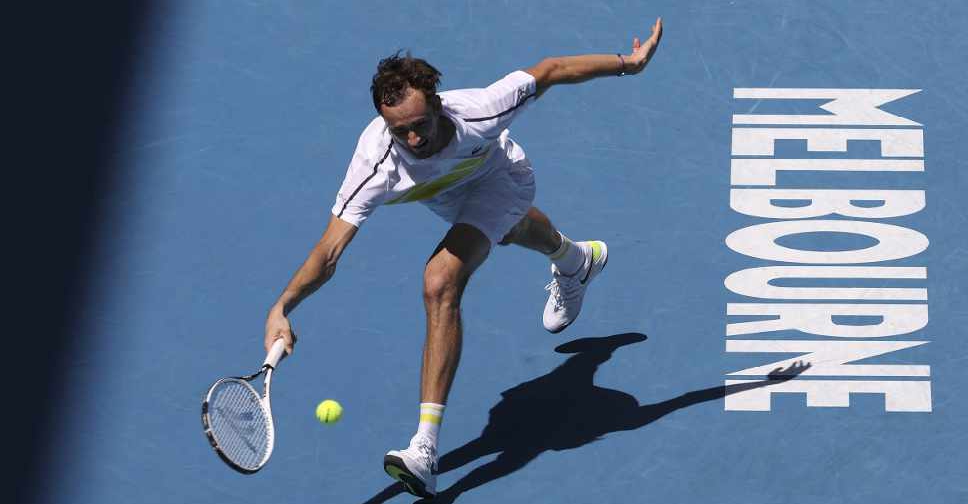 Daniil Medvedev was forced to dig deep to fight off a charging Filip Krajinovic but came through 6-3 6-3 4-6 3-6 6-0 to extend his winning streak to 17 matches to move into fourth round of the Australian Open.

The frustrated fourth seed forced his coach Gilles Cervara from the otherwise empty stands at Rod Laver Arena with a couple of verbal volleys after dropping his first set of the tournament and going a break down in the fourth.

Krajinovic, who spent his pre-tournament quarantine practising with world number one Novak Djokovic, found success preying on Medvedev's forehand and rode the momentum to send the contest into a fifth set.

A second trip to the toilets did the trick for Medvedev, however, and he broke the Serbian for 2-0 in the decider with a crunching forehand winner before sealing a last-16 date with American Mackenzie McDonald.

The 25-year-old, who had lost his six previous five-setters, joined compatriot Aslan Karatsev in the fourth round after the qualifier manufactured a stunning straight sets upset of Diego Schwartzman on Friday.

With seventh seed Andrey Rublev and Karen Khachanov also in action on Saturday, Russia could end up with an open era record four men in the last 16 of a Grand Slam.