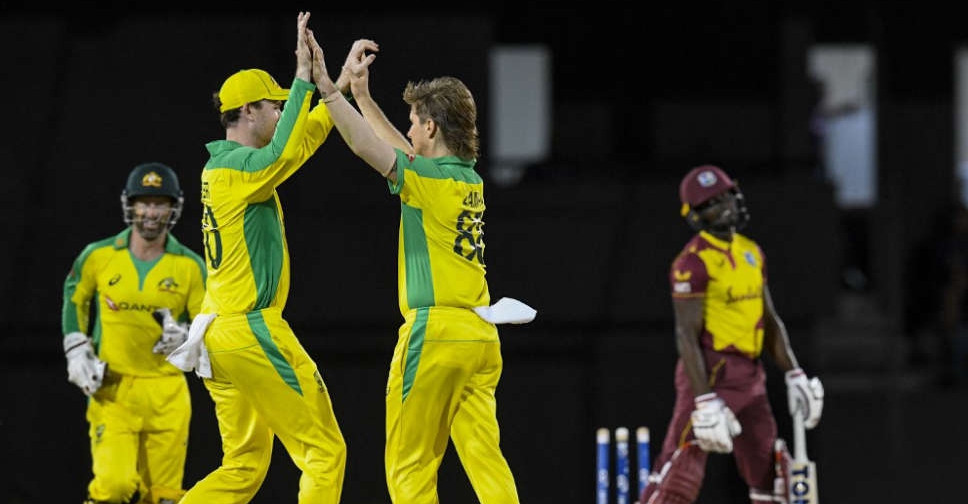 All-rounder Mitchell Marsh scored 75 and picked up three wickets as Australia defeated West Indies by four runs in the fourth Twenty20 international in St Lucia on Wednesday to record their first win in the five-match series.

The West Indies took an unassailable 3-0 lead in the series on Monday, with the final match to be played on Friday at the same venue. The teams then play three one-day internationals from July 20.

The visitors chose to bat first and set West Indies a target of 190 after Marsh struck six sixes and four boundaries, while skipper Aaron Finch scored 53 runs off 37 balls.

Moises Henriques and Ashton Turner were both dismissed for six but all-rounder Dan Christian was unbeaten on 22.

"It was a great all-round performance from all our bowlers. I thought it was probably par, the wicket slowed up towards the back end but with West Indies you never think it's enough," said Marsh.

West Indies made a good start in their reply through Lendl Simmons before Adam Zampa took out opener Evin Lewis (31) and Andre Fletcher (six).

Big-hitting Chris Gayle had smashed 67 off 38 balls to help the hosts to victory in the third match but he could not repeat the feat and was out for one.

Marsh took two big wickets in the 16th over, with West Indies skipper Nicholas Pooran (16) caught at long-off by Christian and Simmons sent back for 72.

Fabian Allen (29) hit Riley Meredith for three sixes in the 19th over to give the hosts some hope, but Mitchell Starc denied Andre Russell (24 not out) in the final over.