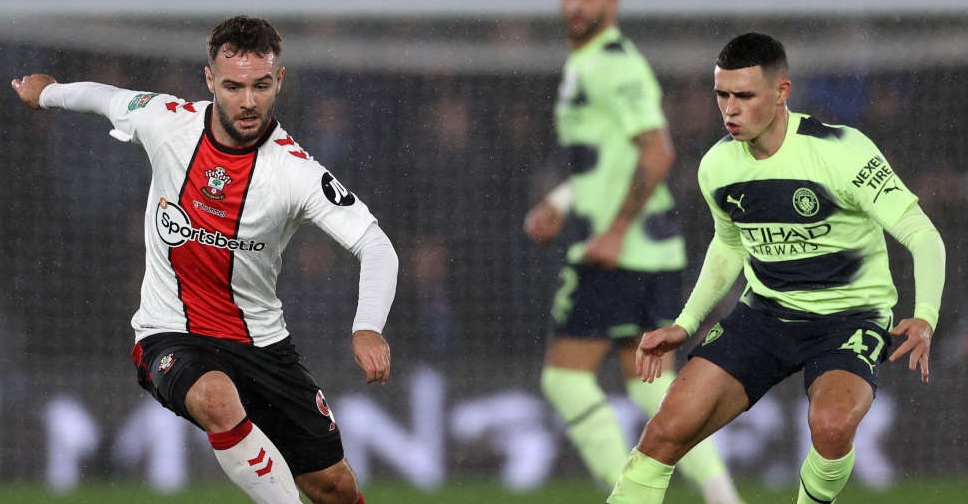 Champions Manchester City crashed out of the League Cup after suffering a shock 2-0 defeat at struggling Southampton in the quarter-finals on Wednesday.

Southampton, bottom of the Premier League table, scored twice in the first half through Sekou Mara and Moussa Djenepo and City never seriously threatened to get back into the match.

Mara scored his first goal for Southampton in the 23rd minute as he connected well with a whipped cross by Lyanco and the hosts doubled the lead five minutes later when Djenepo spotted City goalkeeper Stefan Ortega off of his line and curled a stunning effort into the top corner.

City, who have won the League Cup six times since 2014, failed to register a shot on target as the second-half introduction of substitutes Kevin de Bruyne and Erling Haaland failed to spark a revival for Pep Guardiola's side.

"(It is) a special night. These games are special to play in especially when you're struggling in the league. We knew this was a distraction from the league and a great showcase. We showed no fear.

"It's always tough when you're in the position we are. The manager has been excellent and has given us fresh ideas and new energy. He wanted us to be bold and aggressive.

"We have been guilty in the past of having a result at halftime and dropping off. We showed a different part of our game. We thoroughly deserved the win."

City came into the game off the back of a 4-0 demolition of Chelsea in the FA Cup on Sunday but failed to replicate the free-scoring form.

Manager Pep Guardiola named a strong side with Joao Cancelo, Jack Grealish, Ilkay Gundogan and Kalvin Phillips among the starters, yet apart from an early shot dragged wide by Gundogan they made little impression on the game.

It was Grealish who had made the error which led to the hosts' opening goal, giving away possession to Lycano who raced up the wing before providing the cross for Mara.

Jones has failed to halt Southampton’s poor Premier League form since taking over in November, but has won all three of his team's games in cup competitions - against Lincoln City, Crystal Palace and now City.