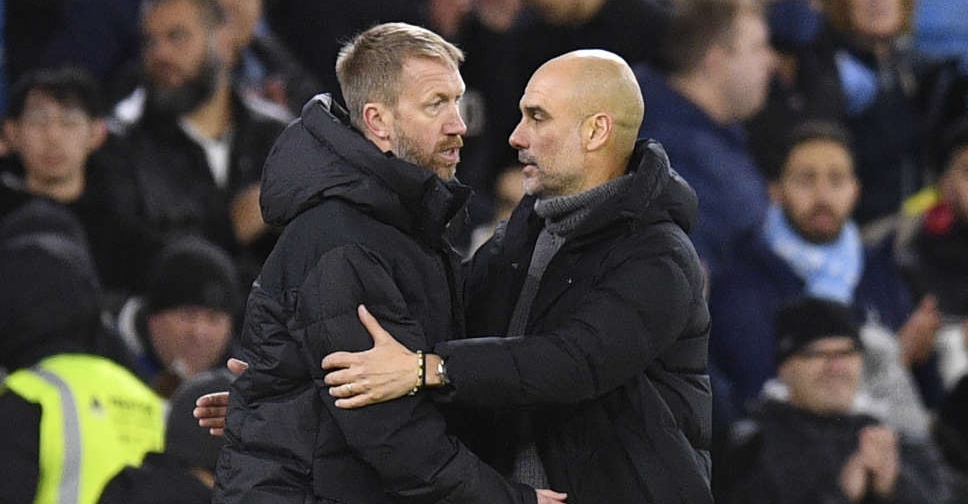 Manchester City cruised to a 4-0 win at home to Chelsea in the third round of the FA Cup on Sunday, enjoying their third successive win over Graham Potter's side in the space of two months.

Elsewhere, League Two (fourth tier) side Stevenage pulled off the shock of the weekend by winning 2-1 at Premier League Aston Villa, scoring two goals in the final few minutes.

Riyad Mahrez whipped in a free kick to put City in front in the 23rd minute, having scored the only goal in the 1-0 victory at Stamford Bridge in the Premier League on Thursday and in the 2-0 success over Chelsea in the League Cup in November.

Newly-crowned World Cup winner Julian Alvarez doubled their lead on the half-hour mark, the Argentina striker converting a penalty after a VAR review spotted a handball from Kai Havertz.

The hosts won another penalty late in the second half and although Alvarez was still on the pitch, Mahrez took the ball and slammed it past Chelsea goalkeeper Kepa Arrizabalaga in the 85th minute.

City will play at home in the fourth round against either Premier League leaders Arsenal or League One side Oxford United, who meet on Monday.

It was Chelsea's sixth defeat in their last nine matches in all competitions and piled more pressure on coach Potter, who succeeded Thomas Tuchel as manager in September.

"Give him time. The second half is about what he is. All managers need time and he's right [for Chelsea]," said Guardiola, who also praised his side for their performance.

"Really good from first minute to the end. We made an incredibly intense game against a top side," he added.

Potter said City were the last team he could wish to face during the team's difficult run of form.

"Man City is probably the worst opponent you can play when things aren't going well because they can make it look like you are not trying," he said.