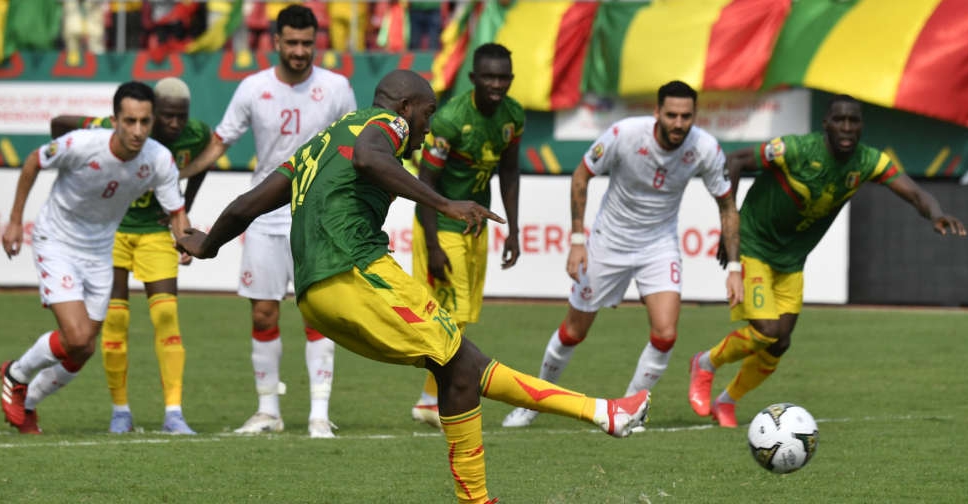 Mali striker Ibrahima Kone scored a second half penalty to seal a 1-0 victory over Tunisia, who missed a spot-kick of their own in a Group F game that ended in some controversy at the Africa Cup of Nations finals on Wednesday.

It was a tale of two penalties as Kone converted his attempt after a handball, but Tunisia's Wahbi Khazri could not follow suit as his effort was saved by Mali goalkeeper Ibrahima Mounkoro 13 minutes from time.

Zambia referee Janny Sikazwe initially blew for the end of the game with 85 minutes on the clock, his time keeping obviously poor.

But after correcting himself he still ended the match in the 90th minute, despite a number of stoppages in the second half, including two VAR checks.

The result follows the trend of 1-0 win at the finals, with this the seventh in the 10 games played to date.

After a dull first half, Mali made a bright start to the second and after just a minute were awarded a penalty when Boubacar Kiki Kouyate’s shot struck the hand of Elyas Skhiri as the Tunisia midfielder turned his back on the ball.

Kone stepped up to easily convert the penalty and give his side the lead.

Dylan Bronn forced a first save out of Mali goalkeeper Ibrahima Mounkoro with a 35-yard drive that the gloveman had to push away for a corner, but Tunisia had an even better chance to equalise.

It was Moussa Djenepo who handled the ball this time and after consulting VAR, Sikazwe awarded the spot-kick.

But Khazri’s fierce shot was beaten away by Mounkoro as the keeper made an excellent stop.

Mali finished the game with 10 players after a harsh red card for El Bilal Toure when he challenged for the ball with Dylan Bronn and was fractionally late.

Sikazwe, who officiated at the 2018 World Cup in Russia, had already blown once for fulltime by then, his timekeeping out by at least five minutes.

And when he ended the game again before the clock ticked round to 90 minutes, the Tunisian bench erupted in fury and raced onto the pitch to confront him as scuffles broke out.

Sikazwe stuck to his guns though and had to be led from the pitch by security officials as the north Africans continued to vent their fury.