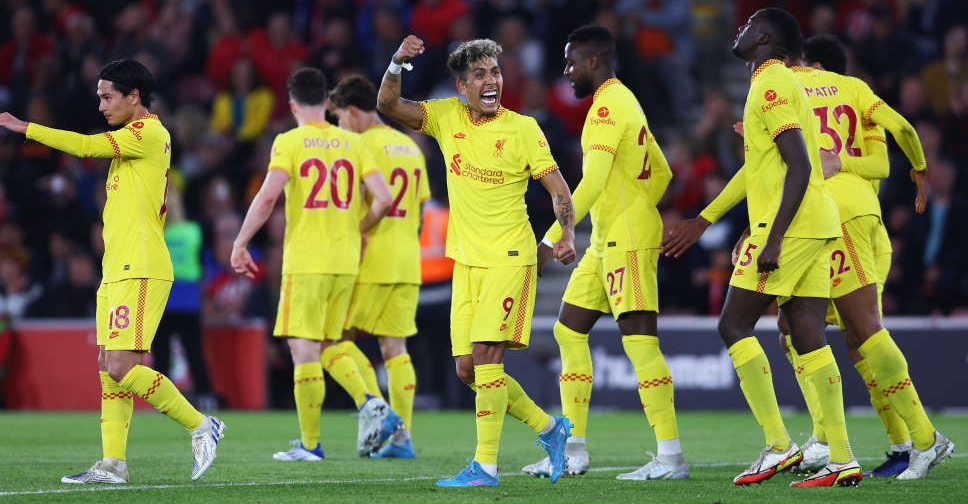 Joel Matip's stooping header gave Liverpool a 2-1 win at Southampton to keep the Premier League title race alive until the final day of the season.

City have 90 points with Liverpool on 89, meaning that victory for Pep Guardiola's side against Villa, managed by former Reds captain Steven Gerrard, would secure their fourth league title in five seasons.

Juergen Klopp changed nine of the team who beat Chelsea on penalties in the FA Cup final on Saturday with Virgil van Dijk and Mohamed Salah injured but several others rested.

Klopp's choice was looking questionable when Southampton took a 13th-minute lead through a wonderful Nathan Redmond strike after the winger had cut in from the left flank.

Roberto Firmino, who led the line in the absence of Sadio Mane, had a header ruled out for offside as the visitors sought a quick way back into the game.

Liverpool, who face Real Madrid in the Champions League final on May 28, drew level in the 27th minute with Takumi Minamino, who spent a loan spell with Southampton last season, firing a fierce shot in at the near post.

Defender Joe Gomez, whose Liverpool career has been hampered by injuries, had to be substituted at the interval after suffering what appeared to be an ankle injury just before the break.

The goal had taken the wind out of Southampton's sails and it was no surprise when Liverpool secured the three points after Kostas Tsimikas' corner was headed in by Matip in the 67th minute.

It was a weak effort by Southampton and Liverpool had little trouble seeing out the rest of the game and setting up what could be a tense final day.