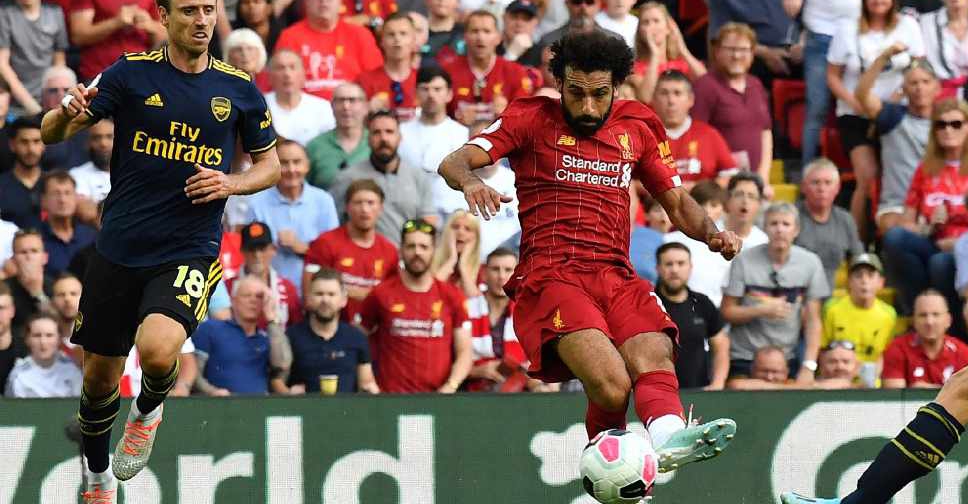 Liverpool maintained their 100 per cent start to the new Premier League season with a comfortable 3-1 win over Arsenal.

The European champions dominated proceedings at Anfield, with Joel Matip heading home the opener from a corner on the stroke of half-time.

Mo Salah then doubled the host's advantage at the start of the second-half, converting from the spot after he was dragged back by Gunners defender David Luiz.

The Egyptian star then caused Luiz more misery in the 58th minute, leaving the Brazilian in his wake on the right-wing before darting into the box and calmly slotting into the far corner.

Lucas Torreira netted late on for Arsenal, but it proved to be just a consolation for the visitors.

It leaves Liverpool as the only team with a perfect record so far with three-wins-from-three.

Down the East Lancs Road, Manchester United suffered a surprise 2-1 defeat at home to Crystal Palace, as Patrick van Aanholt scored a dramatic winner in the 93rd minute.

It came just minutes after Daniel James thought he'd salvaged a draw for the Red Devils when cancelling out Jordan Ayew's first-half strike.

That was one of a number of away-wins throughout Saturday, with Chelsea overcoming Norwich 3-2 at Carrow Road, Leicester edging out Sheffield United 2-1 at Bramall Lane, Southampton winning 2-0 at Brighton, and West Ham beating Watford 3-1 at Vicarage Road.