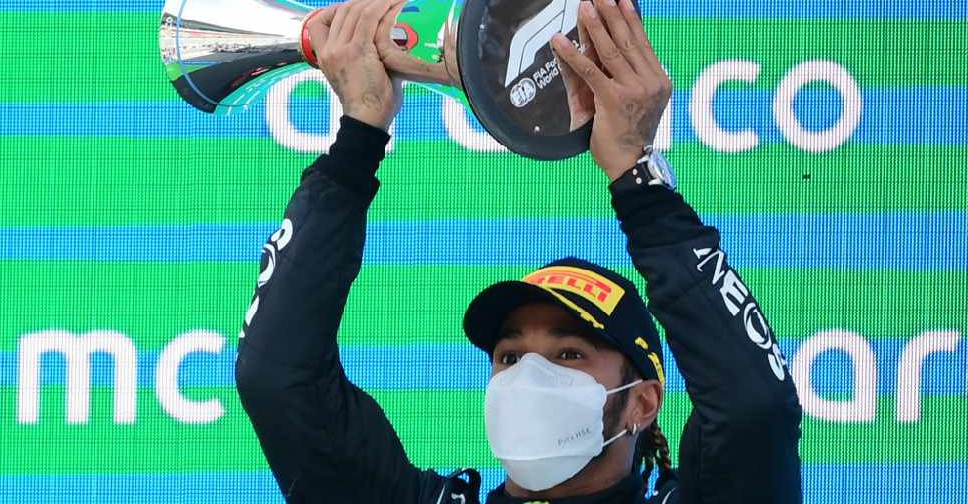 Seven times world champion Lewis Hamilton won the Spanish Formula One Grand Prix for a record-equalling fifth year in a row for Mercedes on Sunday.

The Briton's 98th career victory, from his 100th pole position, was his third win in four races and sent him 14 points clear of Red Bull's Max Verstappen, who clawed back a point for the fastest lap and finished second.

The Briton pitted for fresh tyres and was set the task of closing a 22 second gap to Verstappen in 23 laps at Barcelona's Circuit de Catalunya.

He did it in style, sweeping past to take back the lead with six laps to spare in a re-run of his epic chase of his Dutch rival at the 2019 Hungarian Grand Prix.

"It was a long way to come back from 20 odd seconds back but it was a good gamble, a really great strategy from the team... just a remarkable job by everyone in this team. What a day," said Hamilton.

Australian Daniel Ricciardo was sixth for McLaren and Spaniard Carlos Sainz seventh in his first home appearance for Ferrari.

Some 1,000 spectators were allowed to watch from the grandstands after the previous two races in Italy and Portugal were held behind closed doors due to the COVID-19 pandemic.