Kohli back in form but South Africa take day 1 honours 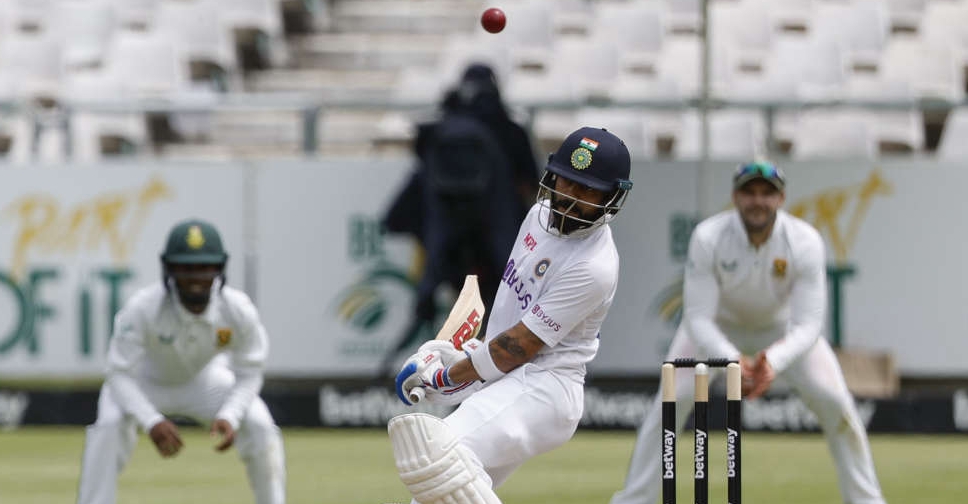 India captain Virat Kohli played a lone hand with 79 as the tourists were bowled out for 223 on the first day of the decisive third and final test against South Africa at Newlands on Tuesday.

The home side had made 17 for one in reply at the close.

Kohli's form had been under the microscope as he returned from injury on Tuesday, but he compiled his highest score in 26 innings since he got a hundred against Bangladesh in November 2019 to lead India to a respectable first innings score.

Aiden Markram (8 not out) and night-watchman Keshav Maharaj (6 not out) will now look to make inroads into South Africa's deficit on the second morning.

India claimed the key scalp of in-from South African captain Dean Elgar for 3 runs, 15 minutes before the close as he edged seamer Jasprit Bumrah to Cheteshwar Pujara at first slip, meaning there would be no repeat of his 96 not out that steered the home side to victory in the second test in Johannesburg.

The teams are level at 1-1 with the visitors hoping for a first series win in South Africa.

Having won the toss and elected to bat they might have hoped to make more of their good fortune.

Kohli looked comfortable at the wicket for the most part but found little support other than a fighting 43 from Pujara.

South Africa bowled in good areas and will be pleased by their efforts, seamer Kagiso Rabada the pick of the bowlers with 4-73.

He claimed the wicket of Kohli as his nagging line outside off-stump induced the edge from the India skipper, who was caught by wicketkeeper Kyle Verreynne to end his 201-ball innings.

Left-arm seamer Marco Jansen, 21, continued his fine form with 3-55 as he bowled without much luck, but confirmed his potential as a leader of the South African attack in the future.

There was also a first wicket in the series for spinner Maharaj with the pitch likely to be the most helpful of the lot to the slow bowlers later in the test.

That will interest India's Ravichandran Ashwin, who has largely been a passenger to this point having bowled only 43.4 overs so far.

"It is a typical Newlands pitch, there is a bit of nip and some swing. There is definitely a lot for the bowlers to work with," Rabada says.

"We have to bat out of our skin. When the ball gets older it becomes easier, so it is about absorbing pressure."