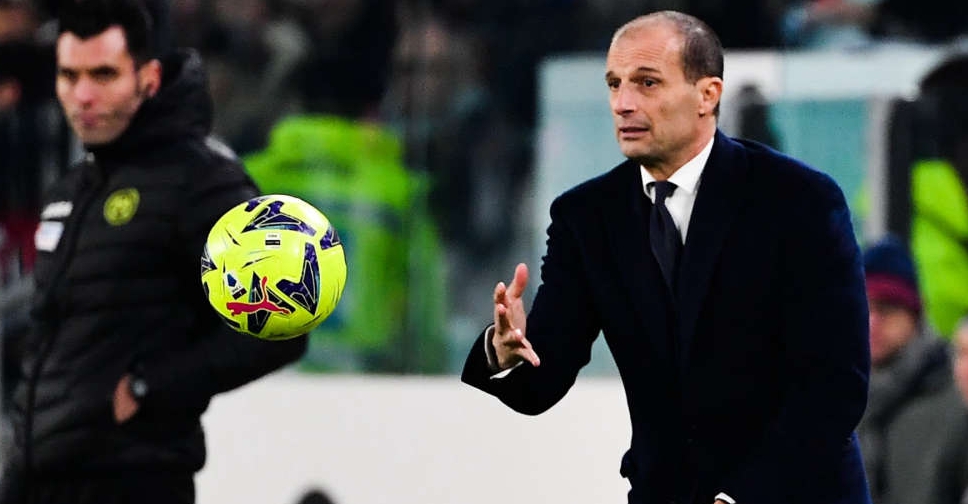 Juventus manager Massimiliano Allegri urged his team to "do their duty" on the pitch after the Serie A side were deducted 15 points by an Italian soccer court on Friday, leaving them marooned in mid-table.

The ruling, which deals a blow to the Turin club's reputation, is tougher than the nine-point deduction a soccer prosecutor had requested during a hearing investigating Juve's transfer dealings.

With 20 league games left to play this season, Juventus were third in Serie A with 37 points, 10 behind leaders Napoli. The points deduction pushes them down to 10th place, outside the qualifying spots for lucrative European competition.

Juve said it would appeal to the country's Sports Guarantee Board once the reasons for the ruling were published.

"After yesterday's events, we have to regroup and think only of matters on the pitch," Allegri told reporters ahead of Sunday's Serie A match at home to fifth-placed Atalanta.

"We don't have to think about starting again. The legal proceedings concern the company, and there will be an appeal. The standings say that at the moment, we have 22 points, and we have to try to earn results and makeup positions.

"We must continue to do our duty because the sentence is in two months' time, and we must have no regrets when the verdict comes."

Allegri added that all was not lost for Juventus, pointing to the fact they are still alive in this season's European and domestic cup competitions.

"I have learned that all situations must be transformed into opportunities," Allegri said.

"We have the Europa League, we have the Coppa Italia, and we have 60 league points to play for.

"I'm convinced the players will do everything to get the most out of the situation. We face a challenge, and maybe we will be able to do something extraordinary. In football, anything is possible."

Juventus face French club Nantes in a two-legged Europa League playoff next month for a place in the last 16 and will meet Lazio in the Coppa Italia quarter-finals on Feb. 2.

The court also imposed bans from holding office in Italian soccer on 11 past and present Juventus directors. These included 24 months for Andrea Agnelli, who was replaced this week as chairman after formally stepping down in November.

"In addition to the professional aspect, I am very sorry on a personal level for the disqualification of Andrea Agnelli...," Allegri said.