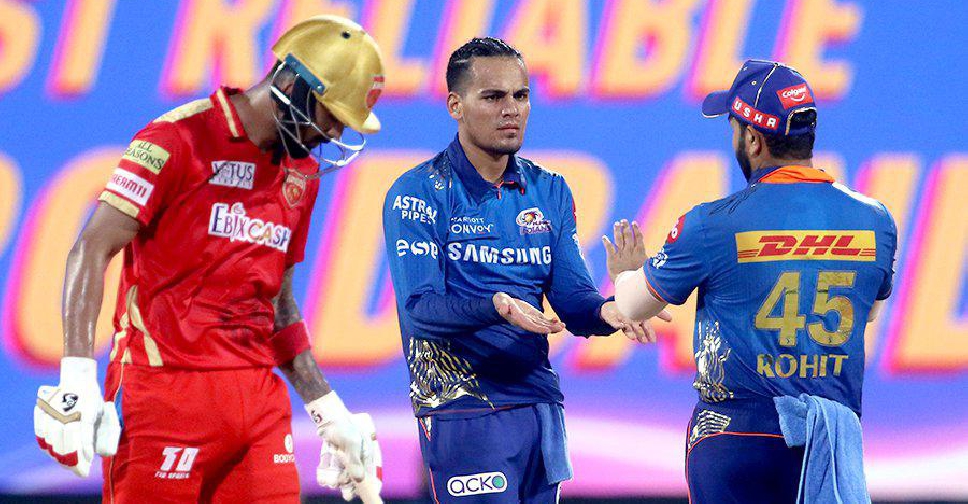 Mumbai Indians captain Rohit Sharma admitted the defending champions need to address their batting frailties after their nine-wicket thumping by Punjab Kings in the Indian Premier League (IPL) on Friday.

Put into bat on a sluggish track in Chennai, Mumbai were 26-2 after seven overs and eventually posted a below-par 131-6 despite boasting arguably the league's most destructive batting lineup.

Punjab romped home with 14 balls to spare, banishing Mumbai to their third defeat in five matches.

"I still feel it was not a bad wicket to bat on," Rohit said admitting his bowlers had "not enough runs" to defend.

"You clearly saw from the Kings, how they batted. They won the game with nine wickets in hand. This is the application that is missing in our batting."

In their previous match against Delhi Capitals too, Mumbai's batting did not click and they managed 137-9 en route to a six-wicket defeat.

Rohit was Mumbai's top scorer with his 63 off 52 balls but the five-time champions could never really accelerate against Punjab's disciplined bowled.

"I thought their bowlers bowled very well in the powerplay," the opener said.

"We were trying to play some shots but the wicket wasn't that easy."

Promoting Ishan Kishan to number three, ahead of Suryakumar Yadav, did not work but Rohit justified the move.

"It was a tactical thing. We wanted someone to bat in the middle, someone who bats well against the spinners and we identified Surya as the one who can do that for us."