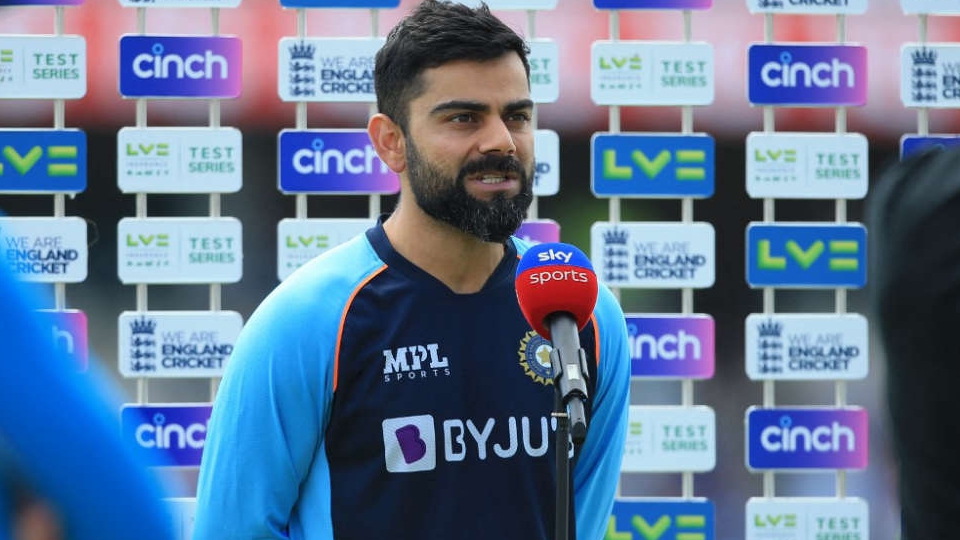 India captain Virat Kohli said his players are hurting after losing the third Test against England at Headingley by a big margin but are not demoralised.

Joe Root's men thrashed India by an innings and 76 runs on the fourth day of the Test on Saturday to level the five-match series, with the fourth starting at The Oval on Thursday.

Kohli said the short turnaround time will not be an obstacle to put the defeat behind them.

"We like to be in this situation where people start coming at us with doubts and really start questioning the ability of our team," Kohli told reporters on Saturday.

"That is the situation we love best. I can guarantee you one thing - that we will not be demoralised by this loss.

"The guys in the changing room are hurt. And when they are hurt they badly want to correct the things that didn't go well in this game. That is how we are going to play the next two Test matches."

Kohli refused to criticise individuals for the defeat and said the entire batting unit failed in the first innings, when India were shot out for 78, while the bowling group was also not consistent enough.

The team will be open to rotate players to give them a rest during the long series but will not look to draft in an extra batsman in the remaining fixtures as it would upset their preferred balance, Kohli added.

The visiting team, ranked second in the world in tests, had a strong chance to win the opening Test in Nottingham before rain forced a draw while they beat England comprehensively at Lord's to take a 1-0 lead in the series.

"This game has been kind of an aberration in how we have gone this series," he said. "You can't become a bad team overnight.

"It all depends on your mindset, how you arrive in the next game. And I can assure you that we'll arrive with a lot more determination and a lot more intensity than we had in this game."