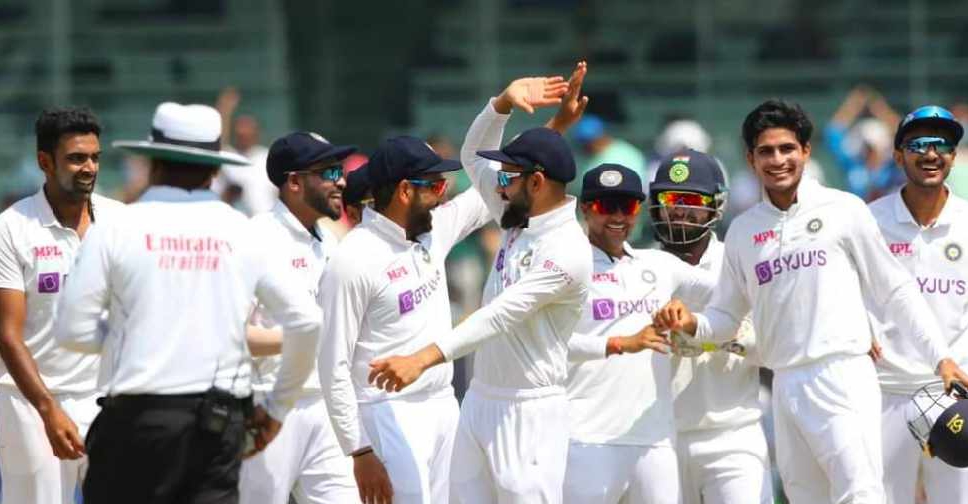 India thrashed England by 317 runs in the second Test to level the four-match series 1-1 at Chennai's M A Chidambaram Stadium on Tuesday.

Chasing a record victory target of 482, England were all out for 164 in their second innings with No. 9 batsman Moeen Ali their top scorer with a breezy 43.

Spin colleague Ravichandran Ashwin returned 3-53 to finish with a match haul of eight wickets to go with his scintillating century in India's second innings.

Moeen smashed five sixes, included three in a row off Patel, in his 27-ball blitz before he was the last man dismissed on the penultimate day.

Skipper Joe Root made 33 before falling to Patel in what effectively marked the end of England's resistance on a turning track.

England had been on the back foot after being skittled out for 134 in their first innings.

The third Test, a day-night contest, is set for Ahmedabad from February 24.