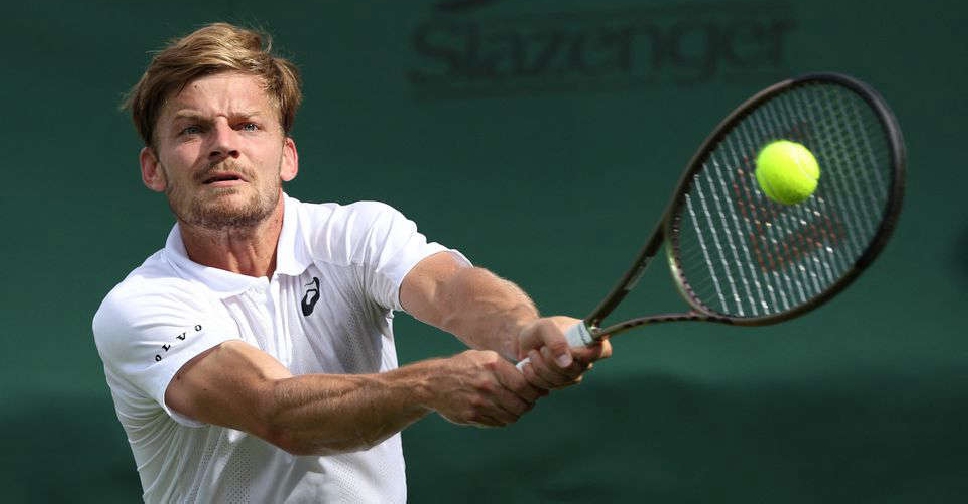 Ugo Humbert's three-year reign as Auckland Open champion came to an end on Tuesday as Christopher Eubanks defeated the Frenchman 7-6(4) 7-6(3) with sixth-seeded American John Isner also exiting the Australian Open warm-up tournament in the first round.

Humbert won the event, his first success on the ATP tour, when it was last played in 2020 but lost out to the American qualifier in a pair of tiebreaks.

"I was playing some pretty good balls throughout the course of the match and I think being comfortable and playing a lot of tiebreakers in a lot of my games showed a pretty good effect today, so I'm pretty happy," said Eubanks.

The Auckland Open has returned after a two-year break due to the COVID-19 pandemic but Tuesday's matches were moved indoors and played without fans due to the impending arrival of Cyclone Hale.

The day opened with Isner, a semi-finalist at Wimbledon in 2018, crashing out when he lost in three sets to Gregoire Barrere.

Eubanks will next face Belgium's David Goffin while Barrere meets fellow Frenchman Constant Lestienne in the second round.

Thiem, the 2020 US Open champion, will play at the Australian Open, where he was a finalist in 2020, after gaining a wildcard entry as he continues his comeback from a wrist injury.

"The body is good, last year was a good step in a good direction and I just hope I can continue it this year and hopefully the Australian Open next week is a good start for that," said the Austrian.

"I'm ready to go in the grand slam but I don't know how good I am at the moment."