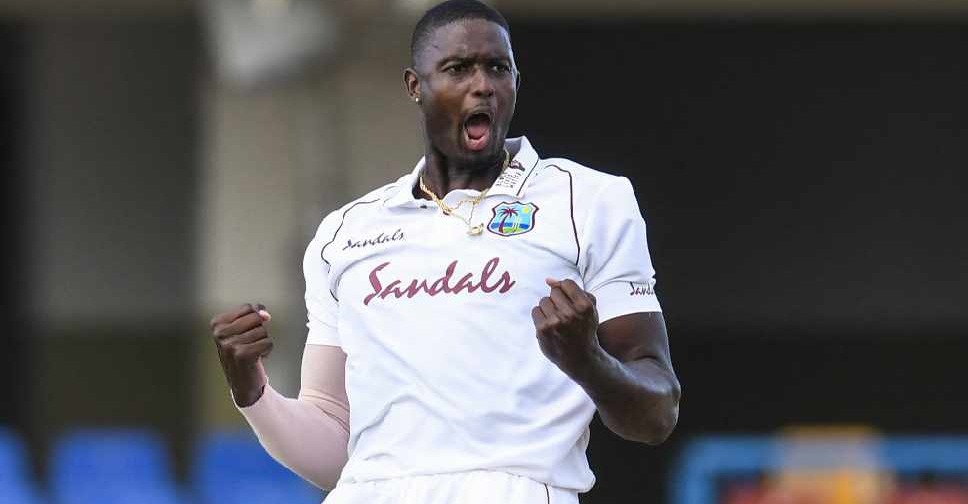 Losing the West Indies captaincy does not appear to have demoralised Jason Holder after the all-rounder claimed 5-27 as the hosts bowled out Sri Lanka for 169 on the opening day of the first Test in Antigua.

Sri Lanka opener Lahiru Thirumanne put up a fighting 70 but his team mates struggled against the disciplined West Indies attack in the opener of the two-Test series.

In reply, West Indies were 13 for no loss, with Brathwaite (three) and John Campbell (seven) seeing the hosts through the final hour at the Sir Vivian Richards Stadium.

Holder was happy with the impact he had made with the ball and was looking forward to doing some damage with the bat.

"The ball came out very well, my rhythm was very good, and I also managed to get some movement off the pitch, so it was great to get among the wickets and pick up a five-for on the first day," Holder said.

"We bowled really well, and we couldn’t have asked for much more. The discipline I showed with the ball was the key.

"Hopefully, going on later in the game I could make another major contribution with (the) bat and with the ball."

Holder claimed four of his five wickets in the final session as Sri Lanka lost their last five wickets for 19 runs.