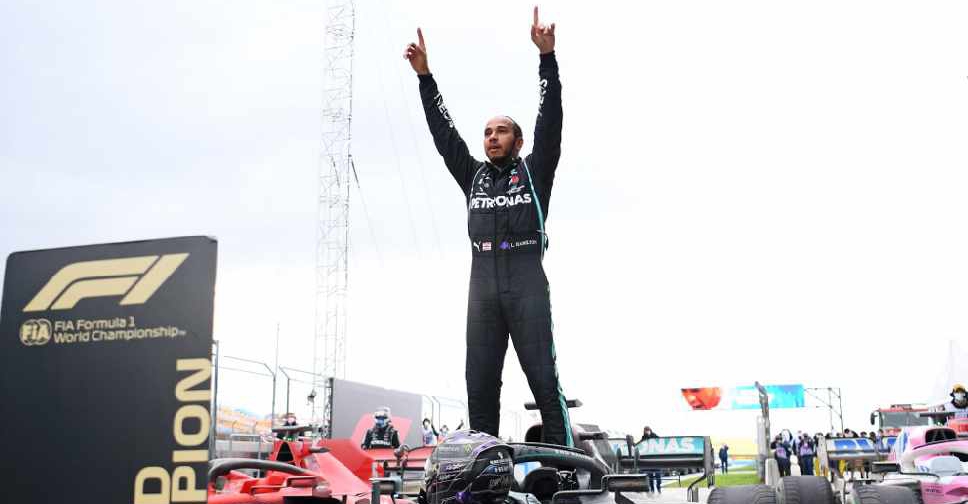 Britain’s Lewis Hamilton shed tears of joy as he won a record-equalling seventh Formula One world championship in Turkey on Sunday and became the most successful driver in the sport’s history.

The Mercedes ace put on a masterclass in wet and slippery conditions to take a record-stretching 94th career win at the Istanbul Park circuit and secure the title with three races to spare.

Ferrari great Michael Schumacher is the only other driver with seven titles to his name, a number once thought unlikely to be matched, but most of the German’s records have passed to Hamilton.

So crushing was the win that Hamilton lapped sole rival and teammate Valtteri Bottas with 12 laps to go. The Finn, who had to finish at least sixth, spun repeatedly and ended up 14th.

Hamilton already had more race wins, pole positions and podium finishes than anyone in the history of the sport but, despite starting a season-low sixth, the 35-year-old was determined to add to the tally.

“That’s for all the kids out there who dream the impossible. You can do it too man, I believe in you guys,” he whooped over the radio after taking the chequered flag.

The Briton finished 31.6 seconds clear of Racing Point’s second-placed Mexican Sergio Perez, after passing him with 22 laps to go, in a race run behind closed doors due to the COVID-19 pandemic.

“Seven is just unimaginable but when you work with such a great group of people and you really trust each other, there is just no end to what we can do together,” said Hamilton, who has yet to sign a new deal for 2021 but is set to stay.