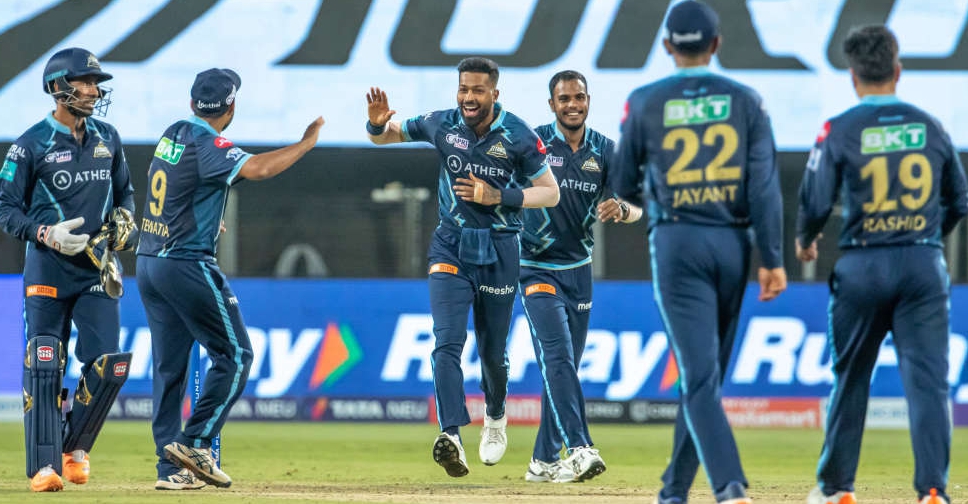 Gujarat Titans skipper Hardik Pandya demanded a ruthless edge from his side against fellow Indian Premier League newcomers Lucknow Super Giants and his players duly obliged, carving out a 62-run win that catapulted them into the playoffs.

The two teams paid a combined $1.71 billion to be part of the 15th edition of the world's richest Twenty20 league and their impressive performances have lit up the tournament.

They occupy the top two positions after 12 matches and Gujarat's win on Tuesday saw them become the first team to reach the playoffs.

"I'm really proud of the boys. When we started this journey together, we believed in ourselves, but to have qualified before the 14th game is a great effort," Indian all-rounder Pandya said after the game.

Gujarat had coped well when the pressure was on this season, he added, but had failed to put Mumbai to the sword in their previous game when they were in a strong position.

"I think all the games that we've won, we were always under pressure. The last game...was the only game that we were ahead of the game and we knew with the kind of batters that we have we would finish it off. But it did not happen," he said.

Opting to bat first on Tuesday, Gujarat posted 144-4 in 20 overs thanks to opening batsman Shubman Gill's unbeaten 63 and a late charge by David Miller (26) and Rahul Tewatia (22 not out) before Afghanistan leg-spinner Rashid Khan took over.

Khan claimed four wickets for 24 runs in 3.5 overs as Lucknow were dismissed for 82. The result meant Gujarat snapped a run of two defeats to seal their place in the knockouts.