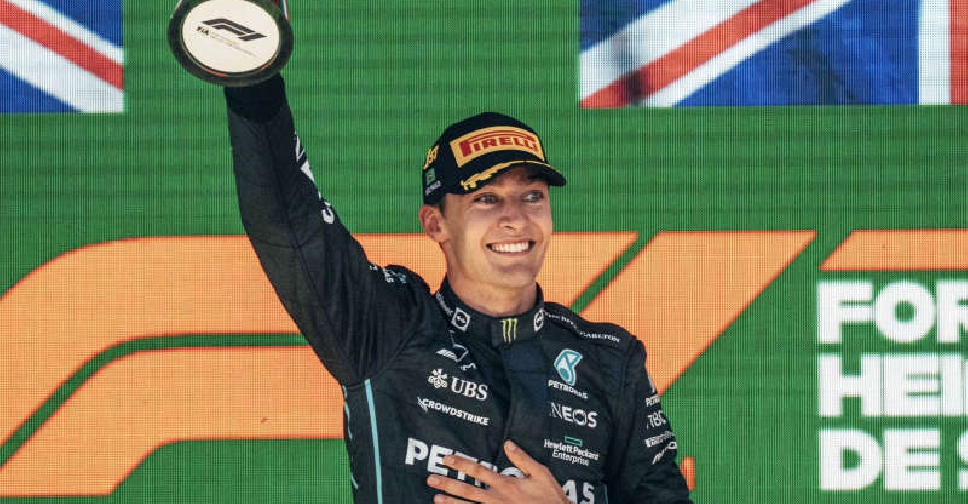 George Russell has dreamed of becoming a Formula One winner since he was a kid with a pedal car, and when the moment arrived in Brazil on Sunday the Mercedes driver could not hold back the tears.

The Briton has ridden an emotional rollercoaster since he won the 2018 Formula Two title and joined backmarkers Williams, where he was unable to score even a point for his first two seasons.

He finally did that as a stand-in for Mercedes in 2020 and stood on the podium last year when he finished second for Williams in a farcical, rain-hit Belgian Grand Prix stopped after three laps behind the safety car.

This year, moving into a coveted Mercedes seat as team mate to seven times world champion Lewis Hamilton, Russell arrived just as the team's dominance departed in a bouncing and uncompetitive car.

Sunday's well-deserved win at Interlagos, the penultimate race of the campaign, was a first of the season for Mercedes and first since they won eight constructors' championships in a row.

"I think I’ve dreamt of this moment, for sure, many, many times. And you never really know how it's going to pan out," said Russell.

"I'm so proud of the whole team. The progress we've made since the start of the year is just unbelievable. And what a boost it's going to give us going into next season."

Russell, winner of the Saturday sprint that set the starting grid, did not put a wheel wrong on Sunday and appeared the picture of calm as he dealt with two safety car periods and Hamilton looming in his mirrors.

"This is just the beginning," he said over the team radio.

"I knew we could do this. I might need some tissues -- I'm crying."

On the slowing down lap, the memories from those early days of travelling in a campervan with his parents to karting races came flooding back and he thought also of all those who had helped him on his way.

"I was pretty impressed at how quickly I started crying, to be honest, once I crossed the line," he said.

"By the time we were at Turn Two tears were flooding. I just thought of my family -- everybody’s back at home. As soon as I got my phone straight after the race, I called them all in a group FaceTime.

"It's just been such an emotional roller coaster and journey for all of us..."