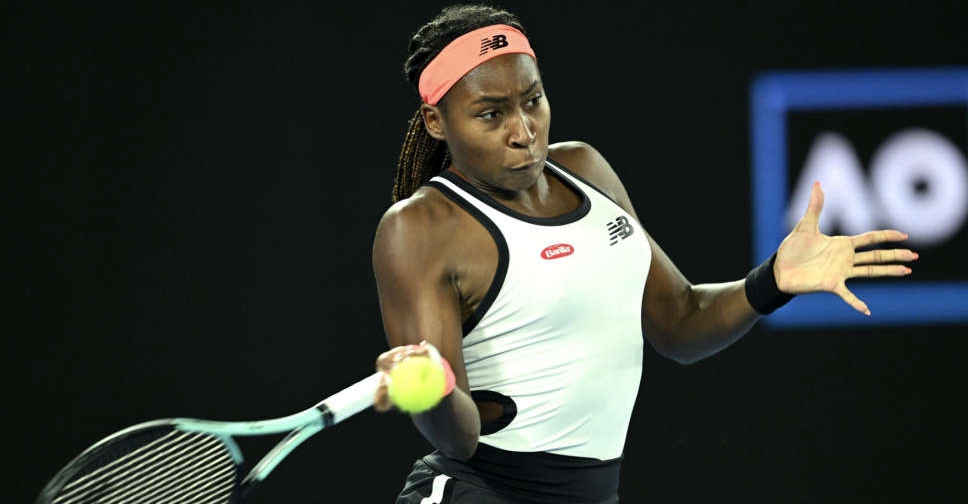 Coco Gauff battled past Emma Raducanu 6-3 7-6 (4) on Wednesday to reach the third round of the Australian Open.

The two prodigies offered fans a good glimpse of what the future of women's tennis could look like after an absorbing first clash.

A lot is expected of French Open runner-up Gauff, who at 18 is two years younger than Raducanu but has not tasted the Grand Slam success the Briton did as a teenager, and the seventh seed saved three breakpoints to win a first set she controlled.

Handed a prime-time slot on Rod Laver Arena following the retirements last year of champion Ash Barty and 23-times major winner Serena Williams, the torch-bearers of a new era pushed each other hard before Gauff edged ahead in the second set.

Having returned from an ankle injury suffered in a warm-up event in Auckland, Raducanu was troubled by an abs problem after being broken at 2-1 and Gauff pounced, before fending off a late fightback by the 2021 Flushing Meadows champion to prevail.

"I just told myself to hang in there," Gauff said in her on-court interview. "Emma was playing really good tennis towards the end of the match and the whole match was great.

"In the beginning we both started off rocky but I think the match was good quality for the most part. Considering the circumstances, both of us were nervous.

"This was a long anticipated match since the draw came out so I'm glad the match was good for you guys."

The victory -- American Gauff's 100th on the WTA Tour since her professional debut four years ago -- also made her the first women's player to reach the milestone before turning 19 since former Australian Open champion Caroline Wozniacki in 2009.

For Raducanu, it meant her wait to reach the third round of a Grand Slam since her U.S. Open triumph continued, as the world number 77 struggles on the big stage amid injury woes and coaching changes.

Her participation at the year's first major had looked in doubt in the aftermath of her ankle issue, with Raducanu saying that she had "expedited" her recovery.

"Kudos to Emma -- she had a tough week in Auckland," Gauff added. "So it's good for her to be able to play this level after such a scary moment."

Gauff next takes on the winner of the match between fellow American Bernarda Pera and China's Zheng Qinwen, hoping to win and match her best run at Melbourne Park three years ago.