Formula One to review points rule after Belgian GP farce 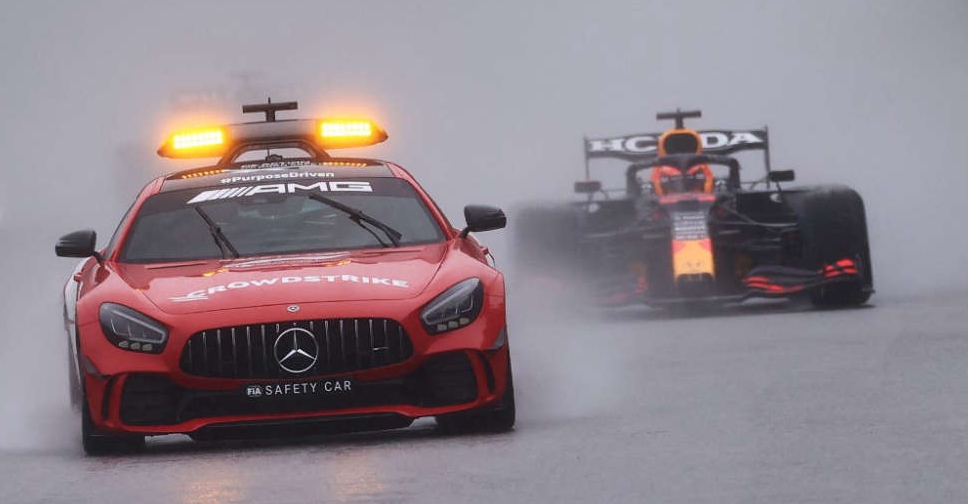 Formula One will review the rules on how long a race needs to run before points can be awarded after bad weather turned Sunday's Belgian Grand Prix into a three-lap farce with no overtaking allowed.

McLaren Racing head Zak Brown told Reuters on Monday he had spoken to Formula One chief executive Stefano Domenicali after the rainswept race at Spa-Francorchamps and there would be further discussions this week with F1, teams and the governing FIA.

"What I always tell people on the race team is mistakes are okay, fix them and don’t make the same one twice. That’s what we need to do now.

"We need to figure out what is the minimum allowance of a race. Is it 25%? And there needs to be some racing."

Formula One's sporting regulations say half-points can be awarded "if the leader has completed more than two laps but less than 75% of the original race distance".

Sunday's race was the shortest ever, with Red Bull's Max Verstappen taking the win after three laps behind the safety car and drivers trundling around in heavy spray.

Domenicali said afterwards that the outcome had not been dictated by commercial considerations and the need to fulfil broadcast contracts, as some had suggested.

Several drivers said even half-points should not have been awarded. Mercedes's seven-time world champion Lewis Hamilton called it a farce and said fans should get their money back.

"If there were actually no race laps, no competition, why should points be given or any result be given?" asked Ferrari's Carlos Sainz.

Brown said the sport needed to be prepared for every scenario and also had to make amends to fans who waited for hours in the cold and wet without seeing any F1 cars turn a wheel in anger.

While everyone understood safety was paramount and the weather could not be controlled, Brown said the lack of a clear Plan B hurt.

Such a backup might mean being able to postpone the race to the following day or rip up the television schedules and bring it forward.

"What’s clear is we weren’t as a sport prepared... we need to quickly figure out a plan for the future and also to address what happened," he said, comparing the situation to a fire breaking out at a school or workplace.

Brown defended race director Michael Masi, saying he could only go by the rules.

"He wasn’t given any other choices but to try and get the race in. He didn’t have any other alternative solutions," said the American.

"I don’t think we went out with the intention of doing three laps and calling it a race.

"Because there was no plan B, that was the best Michael was able to do within the rules he was given."