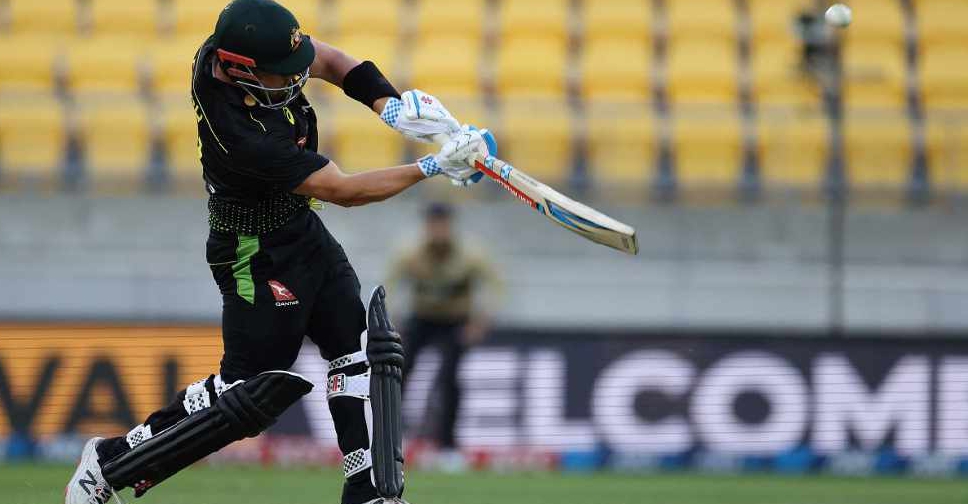 Aaron Finch shrugged off a long slump in form with a defiant half-century and Ashton Agar took six wickets as Australia claimed a 64-run win over New Zealand in Wellington on Wednesday.

At a closed Wellington Regional Stadium, Australia clawed back to 2-1 in the five-match series following defeats in Christchurch and Dunedin.

Fired by 69 from captain Finch and a 31-ball 70 from Glenn Maxwell, Australia put an imposing 208 for four on the board before left-arm spinner Agar took 6-30, an Australian record in T20 internationals, to help bundle New Zealand out for 144.

Having scored a total of 13 runs from the first two matches in the wake of a dismal Big Bash League season with the bat, Finch was lucky to survive a big lbw appeal off Tim Southee on the first ball he faced.

He shook off the fright and grew in confidence in a blazing 64-run partnership with Maxwell before caught by Kyle Jamieson with a reverse-sweep off Ish Sodhi.

"It's always nice when you contribute to a win, that's the most important thing," said Finch.

"I suppose that partnership with Maxie allowed us to go a little bit deeper which was nice."

After going wicketless in the first two matches, Agar took the legs out from under New Zealand's chase, removing Glenn Phillips (13), Devon Conway (38) and James Neesham (0) in the 13th over to leave the home side 110 for six.

The series continues in Wellington on Friday.