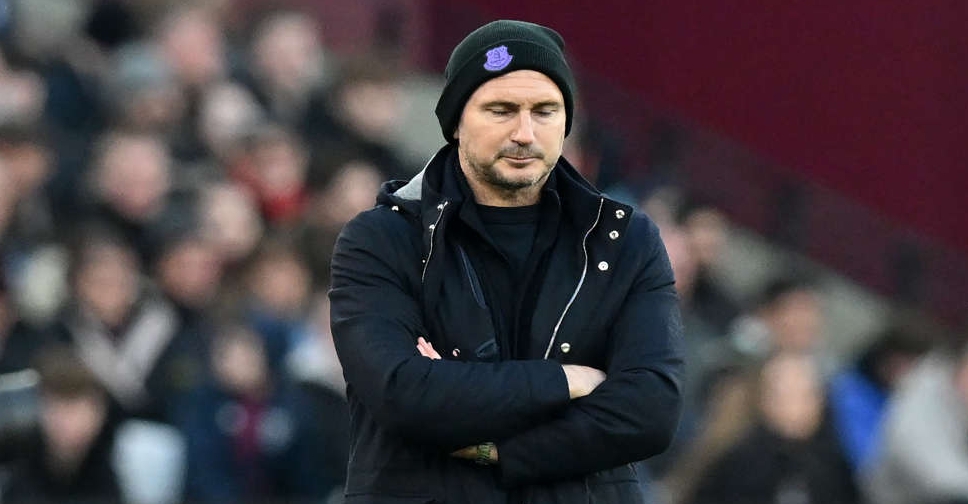 Frank Lampard has been sacked as manager of Premier League club Everton, the club announced on Monday, after a poor run of form that has left the team in a relegation battle.

Lampard's last game in charge was Saturday's 2-0 league defeat at West Ham United, which kept Everton second-bottom of the table on 15 points after 20 games, above Southampton on goal difference, and two points adrift of the safety zone.

"Frank and his team’s commitment and dedication have been exemplary throughout their time at the Club, but recent results and the current league position meant this difficult decision had to be taken" the club said in a statement.

"Everyone at Everton would like to thank Frank and his coaching staff for their service during what has been a challenging 12 months. We wish Frank and all his backroom team well for their future in the game," the club added.

The Merseyside team had been floundering under the former England international, having last won a league game in October when they beat Crystal Palace 3-0 at home.

The 44-year-old was sacked as Chelsea manager in January 2021, having returned to the west London club where he holds the goalscoring record.

He took over at Everton after the Merseyside club parted ways with Rafa Benitez, continuing the managerial revolving door at a club struggling to revive former glories.

Lampard's immediate task was to save Everton from relegation with the club only four points above the drop zone -- a task he eventually managed on the penultimate game of the season as his side hit back from 2-0 down to beat Palace.

Having sold Brazil striker Richarlison to Tottenham Hotspur, this season began with back-to-back defeats before Everton went on a six-game unbeaten run which fuelled optimism.

Since beating Southampton on Oct. 1, however, Everton have fallen away badly with Lampard's squad looking woefully short of attacking options.