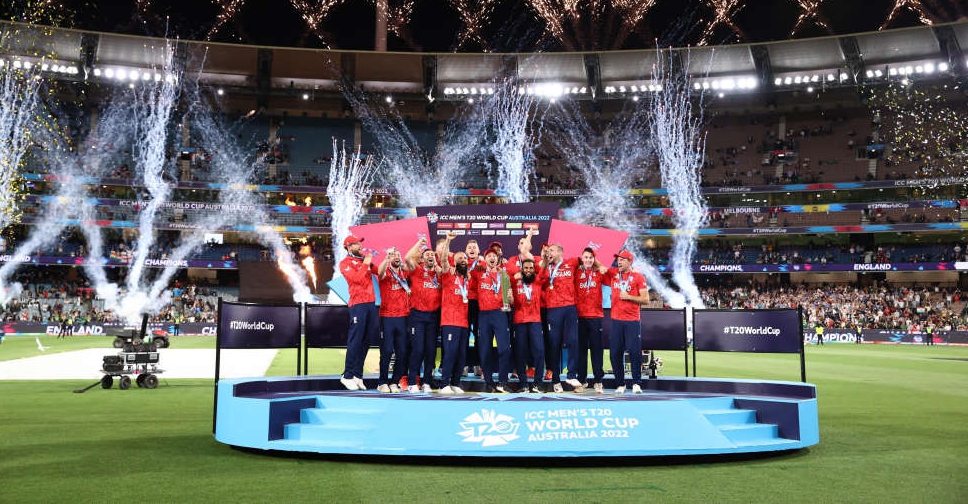 England beat Pakistan by five wickets at the Melbourne Cricket Ground on Sunday to win their second Twenty20 World Cup title and burnish their claim as the pre-eminent superpower in white ball cricket.

Thirty years after losing the 50-over World Cup final to Pakistan at the MCG, England turned the tables on the south Asians with brilliant death bowling and a Ben Stokes half-century that reeled in a modest victory target of 138.

With all-rounder Sam Curran recording a miserly 3-12, Pakistan collapsed in the final overs to finish on 137 for eight after being sent in to bat by England captain Jos Buttler.

The heavy rain forecast never hit the MCG as England, led by the unflappable Stokes, reeled in the total with six balls to spare.

Leg-spinner Adil Rashid did the early damage for England with two wickets, including the key scalp of captain Babar Azam for 32, before Pakistan crumbled in the final overs, losing 4-10.

Sealing their second T20 World Cup, England are now the first nation to hold both global white-ball trophies, having won the 50-over World Cup on home soil in 2019.