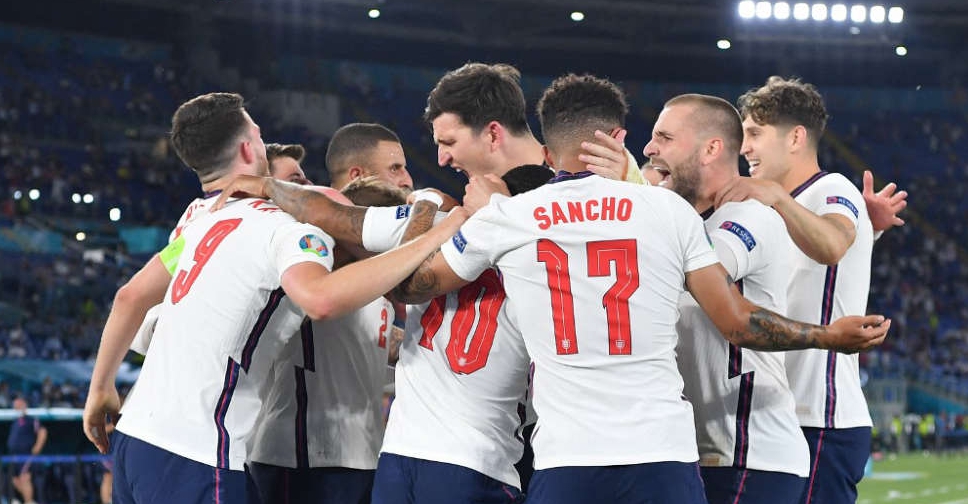 England thumped Ukraine 4-0 on Saturday as Harry Kane's double helped them reach their first European Championship semi-final in 25 years in emphatic style and set up a showdown with Denmark at Wembley.

Gareth Southgate’s impressive side hit four goals in the knockout stage of a major tournament for only the second time, the first being in their 1966 World Cup final win against Germany, and kept a record seventh consecutive clean sheet.

"There was a lot of pressure on us as we were favourites to win this game. To perform like we did tonight, a clean sheet, four goals, it was the perfect night," Kane said.

The England captain raced onto a clever Raheem Sterling through ball to fire in the opener from close range after four minutes at the Stadio Olimpico, England's earliest goal in a Euros match since 2004.

Harry Maguire headed home a second less than a minute into the second half and Kane soon nodded in his side’s third as Ukraine's resistance crumbled.

Substitute Jordan Henderson completed the rout with his first international goal to ensure England's comfortable passage into the last four, the stage they fell at against Croatia in the 2018 World Cup.

"It’s a great feeling - back-to-back semi-finals at a major tournament is a great achievement. I don’t want to be a party pooper but we don’t stop here. We’ve got another big game coming up and we want to go further this time," Maguire said.

Gareth Southgate’s side will face Denmark in London on Wednesday for a place in the final after the Danes defeated the Czech Republic 2-1 in Baku.