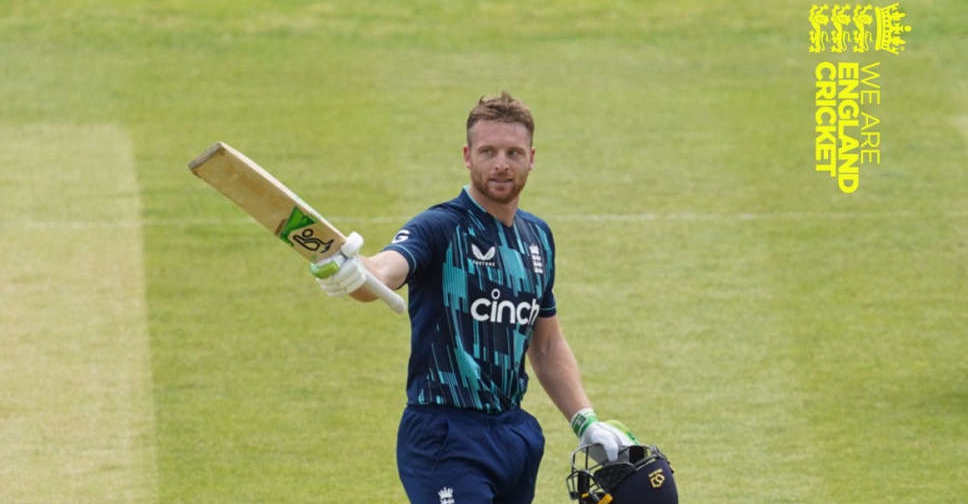 England broke their own world record for the highest team total in one-day international (ODI) history after smashing 498-4 against Netherlands to win a one-sided contest by 232 runs.

Jos Buttler, Dawid Malan and Phil Salt notched up centuries in Amstelveen while Liam Livingstone walked into bat in the 45th over and scored England's fastest ODI fifty as they eclipsed their previous record of 481 against Australia in 2018.

Malan (125) and Salt (122) laid the foundation for England's record score with a 222-run partnership before Buttler (162 not out off 70 balls) came in and accelerated the scoring in what was a brutal onslaught on the Dutch bowlers.

Buttler, who top scored in the Indian Premier League (IPL) this season with 863 runs, continued where he left off, smashing seven fours and clearing the ropes 14 times after he was let off twice by poor Dutch fielding early in his innings.

"It certainly feels like I'm in the form of my life. The IPL couldn't have gone much better for me so I was feeling in good touch coming here," Buttler said after he was named the man of the match.

Buttler brought up his century in just 47 balls, the second-fastest in England history and one ball shy of his own record.

Needing to score at an eye-watering 10 per over to win, the Dutch side barely managed to score at half the required run rate before they were bowled out for 266, with Moeen Ali picking up three wickets.

"Getting Jason Roy out (in the second over) was a good moment," Dutch skipper Pieter Seelaar said.

"But dropping those catches... (you) can't drop the best batsman in the world twice in an over. In that we let ourselves down."

As England continued dealing in sixes, some of which landed in the trees and bushes lining the ground, there was even a moment where the Dutch players had to help the ground staff search for the ball.

Livingstone, who reached his fifty in 17 balls, finished unbeaten on 66 off just 22 deliveries.

England now have the three highest scores in ODI history, having also scored 444 against Pakistan in 2016.

"It's great learning, this will make us better cricketers in the future," Seelaar added.

"The intimidation was there, the Barmy Army was loud, we have to pull ourselves together and come back on Sunday."

England play two more ODIs against the Netherlands on Sunday and Wednesday.