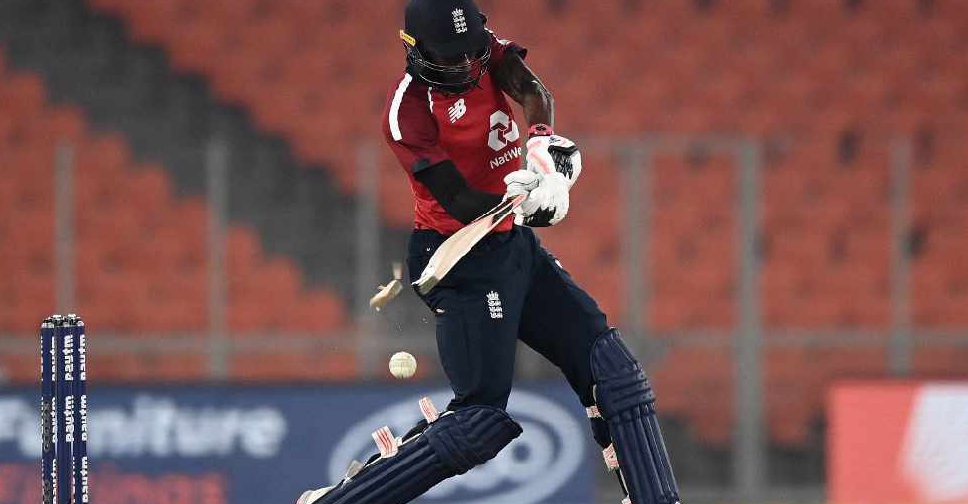 England fast bowler Jofra Archer will sit out the rest of the Indian Premier League (IPL) season as he steps up his training routine following surgery for a freak hand injury last month, England's cricket board (ECB) said.

Archer, contracted to the Rajasthan Royals franchise, underwent surgery to remove a glass fragment from a tendon on his right hand after an attempt to clean his fish tank went wrong.

The 26-year-old, last season's most valuable player in the IPL, was cleared to resume light training earlier this month and is expected to return to competitive action next month.

"Archer returned to bowling this week with higher intensity, and the ECB and Sussex medical teams will continue to monitor his progress," the ECB said in a statement.

"Archer will now step up his training regime starting next week and will be in full training with Sussex. It is expected that he will return to cricket in the next fortnight if he can continue to bowl and prepare pain-free."

Archer's absence dealt a major blow to the Royals who also had England's Ben Stokes ruled out for the season after the all-rounder broke his finger in their opening match.

The Royals are at the bottom of the standings with one win in four games.