Dubai World Cup: A message of peace and love from UAE to the world 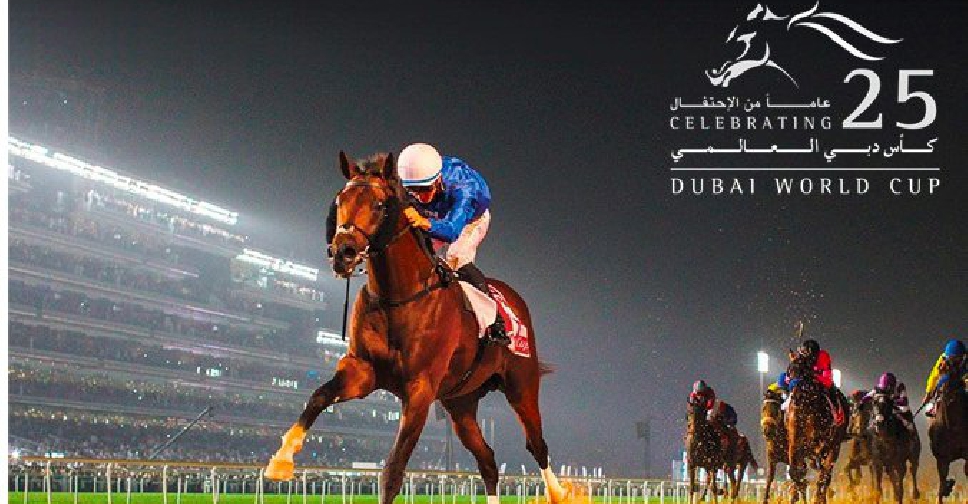 Tomorrow, the world's attention will turn to the Meydan Racecourse as it hosts the silver jubilee of the Dubai World Cup.

Once again Dubai World Cup Night 2021 will bring the very best in the world of the equine to the UAE.

A total of 117 horses from 11 countries will compete for the titles of the nine-round race with a total prize pool of $26.5 million, including one of the world's premier races, the $12 million Dubai World Cup.

Mohammed Issa Al Adhab, Director-General of the Dubai Equestrian Club, told the Emirates News Agency (WAM) that preparations began a long time ago and focused on many aspects, including the "safety of all participants... owners, knights, (and) guests".

He thanked the Supreme Committee of Crisis and Disaster Management in Dubai and the Security Committee of the Dubai Police for stepping in to ensure strict COVID-19 safety protocols are in place for the race day.

In organising the event, Al Adhab said the UAE aims to send a message of love, peace and tolerance to the world through this sport by gathering a group of countries and showing the development and modernity that the UAE has reached, as well as the extent of its ability to organise major international events, especially in light of the conditions the world is going through.

"The UAE believes in returning to normal life while maintaining the precautionary measures to ensure that the spread of this epidemic is limited."

So far, the Dubai World Cup, held annually on the last Saturday in March, has drawn the attendance of 100,000 people and an audience of up to 25 million viewers, including many world celebrities, giving the event an increasing media momentum. This year's Dubai World Cup fixture will be showcased to a truly worldwide TV audience by 40 broadcasters.

The Dubai World Cup was created by His Highness Sheikh Mohammed bin Rashid Al Maktoum, Vice President, Prime Minister of the UAE and Ruler of Dubai. It has been held annually since 1996. The first one in 1996 was held at the Nad Al Sheba Racecourse. The facility hosted the event until 2009. In 2010, the prestigious event was moved to the Meydan Racecourse.

In 2019, history was created as Sheikh Mohammed’s horse, Thunder Snow, won the Dubai World Cup for the second time. This feat had never been achieved in the tournament’s history.

The 2020 edition was cancelled due to the COVID-19 pandemic.