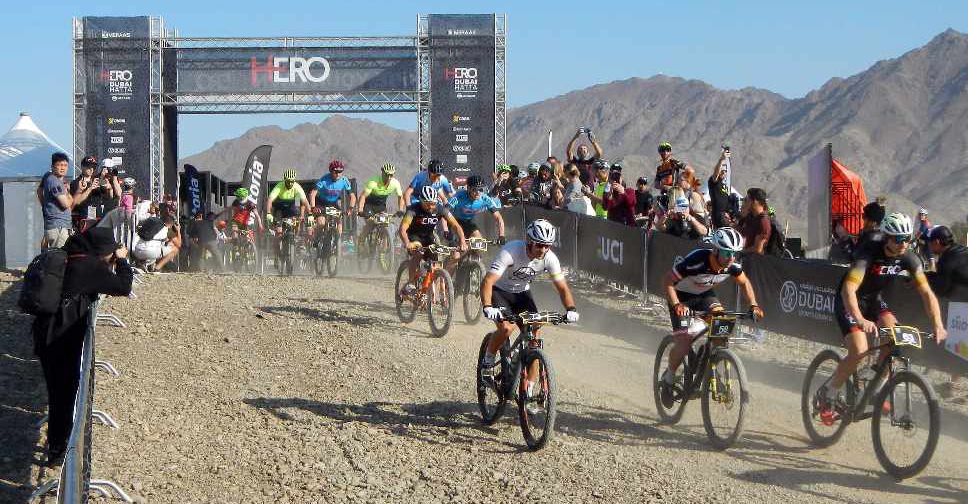 The opening race of the HERO World Series 2021 international mountain bike circuit will be held at the Hatta Nature Park.

It will take place on March 5, 2021 alongside the HERO Bike Festival, a three-day mountain biking-themed programme of events running from March 3-5.

Hosting the event is aligned with the directives of His Highness Sheikh Hamdan bin Mohammed bin Rashid Al Maktoum, Dubai Crown Prince and Chairman of The Executive Council of Dubai to transform Dubai into a bicycle-friendly city and strengthen its position as the world’s most preferred venue for international sporting events.

The HERO World Series is considered one of the toughest mountain biking competitions in the world with over 4,000 bikers vying to win the title.

The Dubai Sports Council announced that HERO Dubai Hatta 2021, the opening race of the HERO World Series 2021 international mountain bike circuit, will be held at the idyllic Hatta Nature Park in March 2021. pic.twitter.com/YOPJM8oy5h

Hero Dubai will feature two routes for the professional category – a 60 km marathon route featuring a 1,600 m elevation gain and a 30 km route with an 800 m elevation gain. There are separate categories for amateurs and children.

The event also supports plans to develop Hatta and enhance its appeal as a world-class tourist and sports destination.

Dubai Sports Council said it is keen to organise international events in Hatta to increase awareness of the area’s natural beauty, biodiversity and picturesque mountain environment as well as encourage a culture of sports.

Earlier this year, Hatta also hosted the first leg of the 2020 edition of the HERO World Series, which was attended by more than 400 riders from 50 countries.

Registration for the HERO Dubai 2021 is now open at www.heroworldseries.com in various categories, including professional riders, amateurs and children.