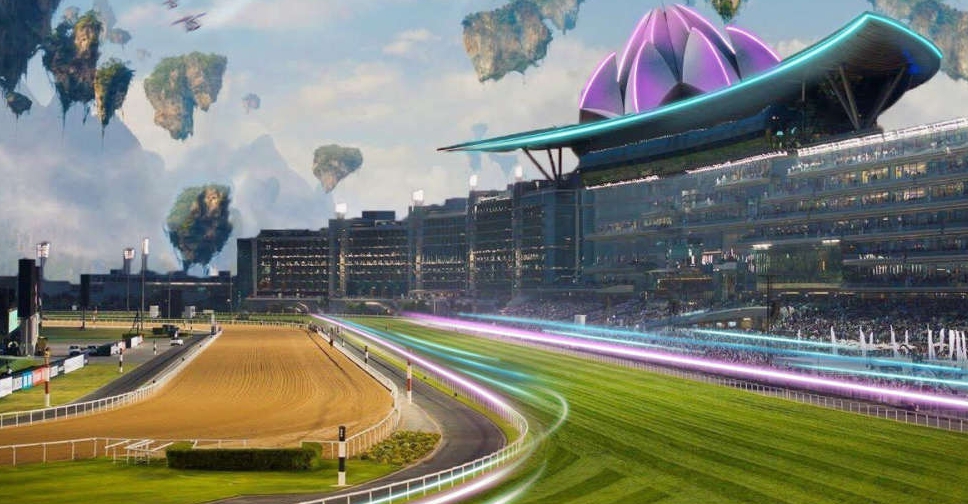 The Dubai Racing Club (DRC) is set to become the world’s first racing jurisdiction to embrace the metaverse as it launches the Dubai Verse Cup, a metaverse-based gaming platform, on January 15.

The DRC and its exclusive technology partner, DVCC Meta Technology, have developed the gaming platform, which will be powered by the real world of thoroughbred racing.

The Dubai Verse Cup (DVC) will allow users to immerse in seamless horseracing scenes and experience the tension and stimulation of the sport using their smartphones and VR/AR devices.

Owners of the DVC’s digital assets, such as synthetic horse NFTs, can track their development as they race and breed, earning tokens based on their performance.

Players may create or join a ‘family’ to participate in collective activities and earn rewards to enjoy an affluent metaverse lifestyle.

"We have worked with our partners on the revolutionary Dubai Verse Cup, the first-of-its-kind metaverse horseracing game based on the most spectacular race in the world, the Dubai World Cup at Meydan Racecourse. We aim to introduce the new generation to this exciting sport through this unique metaverse-based game. Our aim was to create a platform that appeals to our current horseracing fans while building a new community of racing enthusiasts," said Sheikh Rashed bin Dalmook Al Maktoum, Chairman of the Dubai Racing Club.

The metaverse platform uses blockchain technologies and a play-to-earn model, allowing users to enjoy the futuristic setting of the Meydan Racecourse while indulging in multiplayer track races.

Winners earn rewards such as trophies and tokens, which can be exchanged for NFTs like horses, perks, skins, and avatars.

Vincent Shi, CEO of DVCC Meta Technology, said: "We are working to make it an open platform, allowing third-party developers and users to generate content to enhance the DVC’s user experience. Dubai is no stranger to establishing and commissioning new ideas; we believe our partnership will only allow us to grow faster and further. The metaverse game will be released during the Dubai racing season at the Meydan racecourse through several versions, starting with a public beta that will soon be available for testers."

DVCC Meta Technology will also sponsor the seven-race card, the eighth meeting of the season at Meydan Racecourse on Sunday.

Sunday’s meeting features four races on the turf, including two AED 95,000 handicaps, over 1,400 metres and 2,000 metres, which will give some Dubai World Cup Carnival aspirants a chance to earn their spots in the big league.

The Purebred Arabians will open proceedings with a 1,600-metre event for non-winners of three races, while there are also Thoroughbred dirt handicaps over 1,200 metres and 1,900 metres.