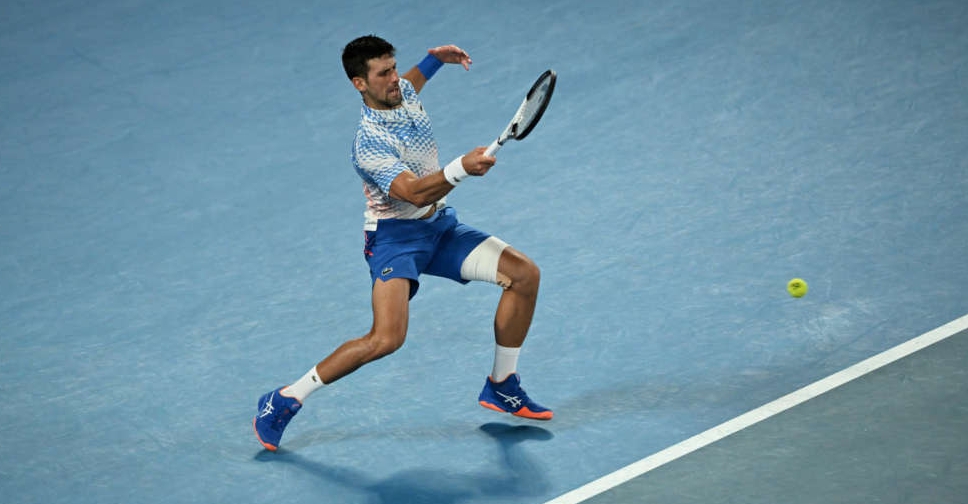 Novak Djokovic's bid for a 10th Australian Open crown shifted up a gear on Monday as he raced into the quarter-finals with a centre court masterclass and left his hamstring troubles behind.

A year after being deported from the country on the eve of the Grand Slam, Djokovic sent the last Australian packing with a 6-2 6-1 6-2 demolition of Alex de Minaur at a floodlit Rod Laver Arena.

The Serbian great set up a quarter-final against Russian fifth seed Andrey Rublev and was thrilled to report the hamstring strain on his left leg was no longer bothering him.

"I cannot say I'm sorry that you haven't watched a longer match," Djokovic joked to the crowd.

"I really wanted to win in straight sets.

"Tonight it wasn't obvious that I was dealing with an injury, I didn't feel anything today, so today was great."

"Any time you play Bautista it's going to be a war," said a beaming Paul after reaching his first Grand Slam quarter-final.

While Djokovic hurtled through, it was the exception on a day of grinding contests for the men, none more so than Rublev's tense five-set win over Danish wunderkind Holger Rune.

"(Tennis is) not a rollercoaster, it's like they put a gun to your head," Rublev joked after his final return of serve clipped the net and popped over, leaving Rune no chance.

"I think a rollercoaster is a lot easier, man."

It was smoother sailing on the women's side as Aryna Sabalenka eased into the quarter-finals for the first time but fourth seed Caroline Garcia was bundled out and 17-year-old Linda Fruhvirtova's dream run ended.

World number 45 Magda Linette ensured Poland would be represented in the last eight by stunning Garcia 7-6(3) 6-4, while Croatian Donna Vekic, ranked 64th in the world, held her nerve to down Fruhvirtova 6-2 1-6 6-3.

Vekic will next play Sabalenka and Linette will take on Czech former world number one Karolina Pliskova, who breezed past China's Zhang Shuai 6-0 6-4 on Kia Arena.

With top seed Iga Swiatek eliminated on Sunday, Garcia's exit leaves Sabalenka and American Jessica Pegula as the only top 10 seeds in the quarter-finals.

Sabalenka looks to have as good a chance as anyone of winning the Daphne Akhurst Trophy if she can conquer the demons that sometimes take hold when her power game misfires.

On Monday, the 24-year-old Belarusian got her head straight after going down an early break to blast Swiss Belinda Bencic off the court 7-5 6-2.