Darmian strikes again as Inter close in on Serie A title 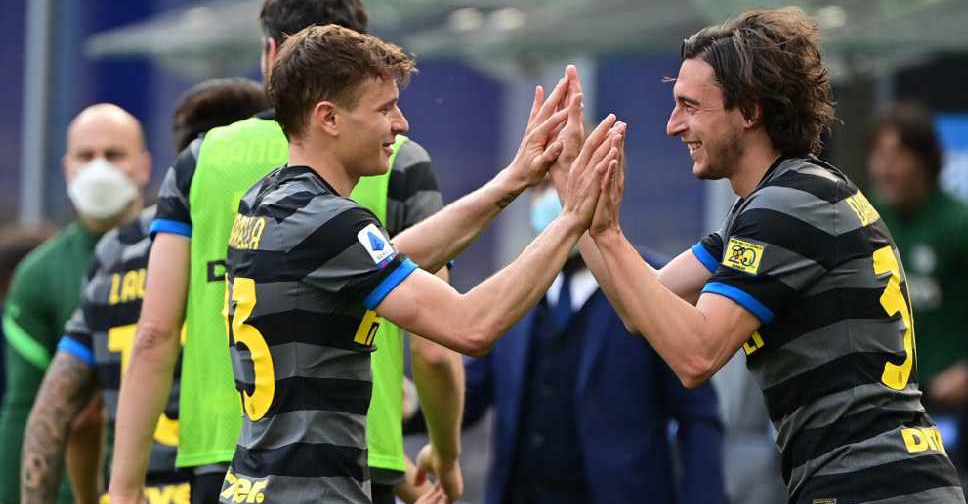 Matteo Darmian was Inter Milan’s unlikely saviour once again as the defender came off the bench to score in a 1-0 win over Hellas Verona on Sunday.

The result moved Antonio Conte’s side a step closer to the Serie A title.

The runaway league leaders were heading for a third consecutive draw until the wing-back fired home in the 76th minute, his second winning goal of the month after striking against Cagliari on April 11.

"We knew today would be tough against a difficult team to face, who play good football," Darmian told DAZN.

"But the result is all that counts and we have earned three points that take us closer to our goal".

Inter moved on to 79 points, 13 clear of second-placed AC Milan with five games remaining, as they close in on their first league title since 2010.

The Nerazzurri have won 13 consecutive home games for the second time in their history, previously achieving the feat in 2011, and inflicted a fourth consecutive defeat on Verona, who are 10th with 41 points.

Elsewhere, a superb strike from substitute Alvaro Morata earned Juventus a 1-1 draw at Fiorentina in a result that could prove costly for the Turin club’s Champions League qualification hopes.

Fiorentina striker Dusan Vlahovic calmly dinked a penalty past Wojciech Szczesny to give the hosts a deserved lead.

Juve coach Andrea Pirlo brought on Morata at halftime and was immediately rewarded, as the Spaniard curled a shot into the top corner from a tight angle 31 seconds into the second half.

The result moved the champions level with second-placed AC Milan in the standings on 66 points, but the Rossoneri can pull clear when they face Lazio on Monday.

The pressure is growing on Juve in their fight for a top-four finish as Atalanta and Napoli, two and three points behind respectively, are yet to play this weekend.