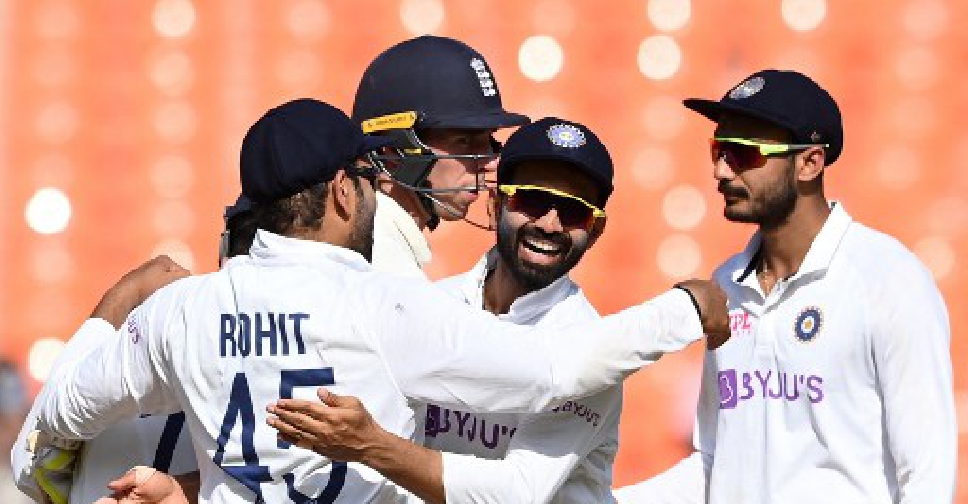 India thumped England by an innings and 25 runs inside three days in the fourth and final test to complete a 3-1 series victory in Ahmedabad on Saturday.

Having conceded a first-innings lead of 160, England needed a vastly improved batting performance in their bid to level the series.

But their frailties against spin bowling were laid bare again as Joe Root's men folded for 135 with more than two days to spare in the match.

India's spin duo of Axar Patel and Ravichandran Ashwin wreaked havoc, taking all 10 wickets between them.

Dan Lawrence was England's highest scorer in the second innings with 50 runs.

Earlier, Washington Sundar was left stranded on 96 not out as India posted 365 in reply to England's below-par 205 in the first innings.

The white-ball leg of the series begins on March 12 with a five-match Twenty20 series followed by three one-day internationals.