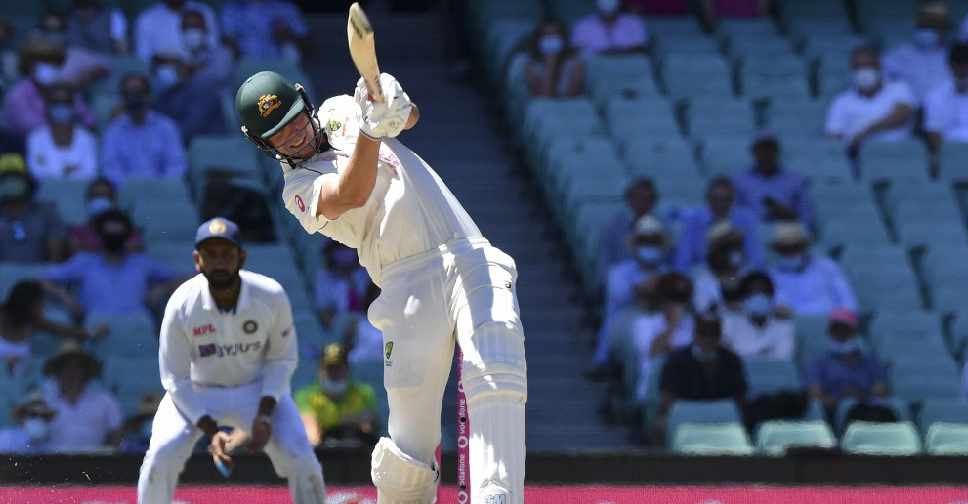 Australia declared on 312 for two at tea on the fourth day of the third Test on Sunday, handing the injury-hit India team an unlikely victory target of 407 runs.

India, reeling from Saturday's injuries to Ravindra Jadeja and Rishabh Pant, denied Marnus Labuschagne (73), Steve Smith (81) and Cameron Green (84) centuries but their attack was not able to prevent Australia racking up an imposing lead.

The tourists, who rebounded from defeat in the series opener in Adelaide to win in Melbourne, face a monumental task over the last four sessions if they are to avoid going 2-1 down before they head to Brisbane for the final test.

The highest successful fourth-innings run chase at Sydney Cricket Ground was the 288-2 Australia scored to beat South Africa in 2005-6.

Paceman Jasprit Bumrah was unfortunate to finish with only one wicket after Labuschagne was dropped at square leg by Hanuma Vihari off the second delivery of the day and Rohit Sharma in the slips gave Tim Paine a life.

Debutant seamer Navdeep Saini removed Labuschagne and Matthew Wade in the morning session and spinner Ravichandran Ashwin dismissed Smith for the third time in the series after lunch.

Smith, who scored 131 in the first innings, looked to be heading for a 28th test century when Ashwin referred an lbw decision to DRS and the batsman was sent on his way.

The former Australia captain shook his head as he walked back to the dressing room but the lead was already 302 runs with the pitch deteriorating by the over.

Cameron Green went on to post his first test half century, accelerating after reaching the milestone and plundering eight fours and four sixes before getting a faint edge to a Bumrah delivery.

Paine had knocked off 39 runs before he decided Australia had enough of a lead.

The India team said Pant was receiving treatment on a sore elbow, while Jadeja had dislocated his left thumb leaving him unable to bowl the spin that took four Australian wickets in the first innings.

A group of fans in the socially-distanced crowd were removed from their seats by police just before tea after a complaint from Mohammed Siraj.

Local media reports on Saturday said India's players had complained of being subjected to racial abuse from a section of the crowd on day three of the test.