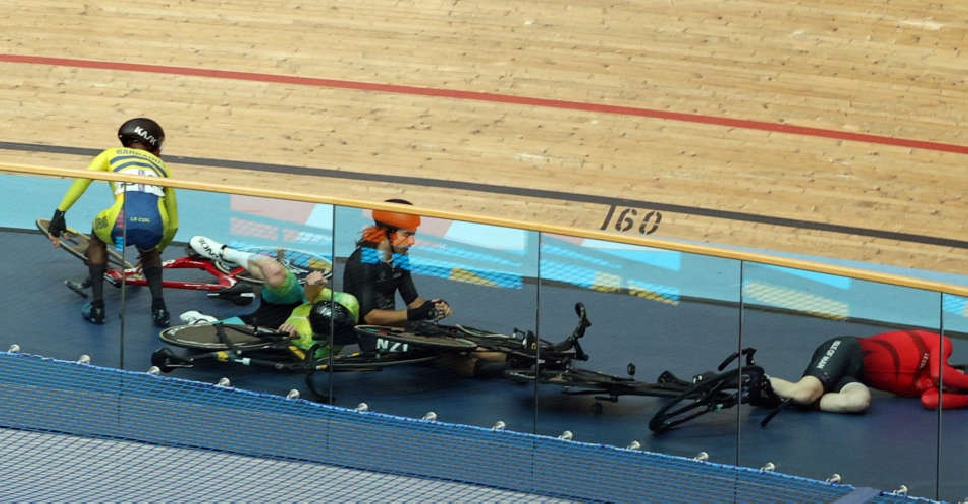 Three cyclists were taken to hospital after a serious crash during the second heat of the men's scratch race at the Commonwealth Games on Sunday.

The remainder of the morning session was cancelled and spectators were asked to leave the velodrome after Team England's Matt Walls and Isle of Man's Matt Bostock were involved in the crash along with several other riders.

Walls was catapulted over the barriers and into the crowd at the Lee Valley VeloPark, the 24-year-old receiving treatment for more than 40 minutes before leaving in an ambulance.

Spectators were also hurt after Walls and his bike came over the top of the barriers on the high banking at a corner of the track.

"Following a crash at the morning session of track and para track cycling at the Lee Valley VeloPark, three cyclists and two spectators have been treated by the onsite medical team," a Birmingham 2022 spokesperson said in a statement.

"The three cyclists have been taken to hospital. The two spectators did not require hospital treatment."

Walls was trying to avoid riders who had fallen in a crash lower down the banking, but he clipped another wheel and went over the top.