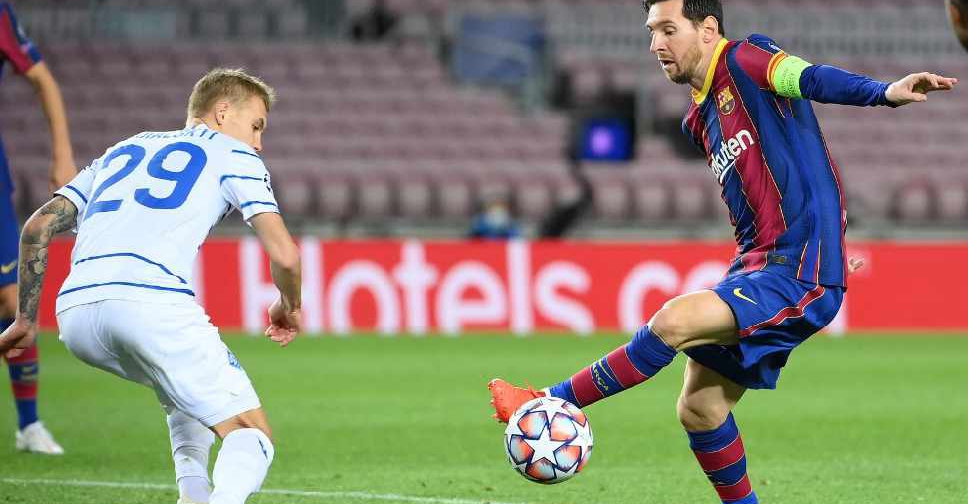 Lionel Messi scored a penalty for the third Champions League game in a row to hand Barcelona a 2-1 win over Dynamo Kiev on Wednesday.

Messi, who is yet to score a goal from open play this season, tucked away a penalty in the fifth minute, while Gerard Pique netted in the second half to secure an unconvincing victory.

Despite fielding a significantly depleted side, after six players had tested positive for coronavirus, Dynamo Kyiv's captain Viktor Tsygankov managed to put up a fight with his 75th-minute goal.

"Games can become easy only if you play well," said Juventus captain Giorgio Chiellini. "In the first half we were a bit slow with possession, we raised our tempo in the second half, and we managed to earn another important win."

Meanwhile, Manchester United slumped to an unexpected 2-1 defeat in Turkey.

"The performance wasn’t good enough against a team that worked and ran and they hit us on the break a couple of times and scored two goals like sometimes you do in Europe when you don’t defend well enough," United manager Ole Gunnar Solskjaer told reporters.

Nine-man Paris Saint-Germain lost to RB Leipzig 2-1, while Chelsea maintained their unbeaten Champions League start with a 3-0 victory over Rennes at Stamford Bridge.