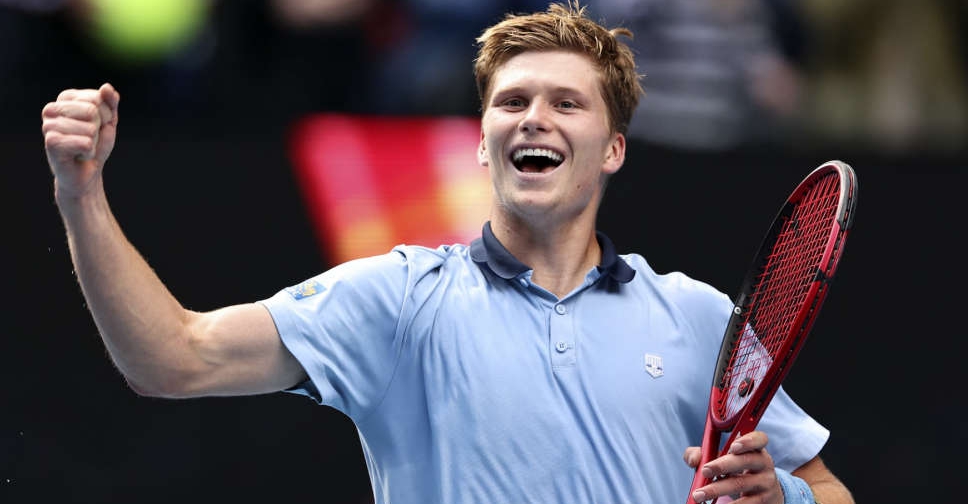 American Jenson Brooksby knocked second seed Casper Ruud out of the Australian Open on Thursday with a 6-3 7-5 6-7(4) 6-2 victory, extinguishing the Norwegian's hopes of winning a first Grand Slam title and topping the world rankings.

Two breaks of serve in the opening set of the second-round match handed Brooksby the early lead and he dictated terms in the second to raise the prospect of another big upset by a Californian after Mackenzie McDonald beat defending champion Rafael Nadal.

The 24-year-old Ruud, twice a runner-up in Grand Slams last year, saved three match points before winning the third set in a tiebreak as Brooksby began to feel the pressure but the American regained his composure in the fourth to complete the win.

"Casper's a warrior, I knew it'd be a great battle out there. I was pretty confident with my level and just wanted to have fun out there and see what could happen," Brooksby, 22, said.

"I was really proud of my mental resolve out there after the third-set battle didn't go my way to turn it around.

"Last year, I had COVID, the day before I was due to fly out, and that sucked. But hopefully this is the first of many years to come."

After a medical timeout following the second set, Ruud was far more comfortable on court but found himself broken and down 2-0 and then 5-2 in the third but he saved three matchpoints in the next game to force a tiebreak as Brooksby's clean winners deserted him.

Looking mentally and physically drained, Brooksby pressed the reset button after that lost opportunity and returned from a bathroom break with his best form back to prevail.

Up next for Brooksby, who is making his Australian Open debut this year after withdrawing in 2022 due to illness, is compatriot Tommy Paul following his five-set victory over Spanish 30th seed Alejandro Davidovich Fokina.

"It's going another battle for sure, all the Americans are going really well right now, and we're all pushing each other," Brooksby said.

Ruud said that the tension and pain he felt in his abdominal area midway through the match was due to a long-standing issue that he hoped to address soon.

"It's something that has been with me for around two years since I got a strain here in the fourth round," Ruud said.

"I hope it's nothing serious, but it does come a little bit back here and there, so I need to take care of it and hope I can get rid of it for a long time now."