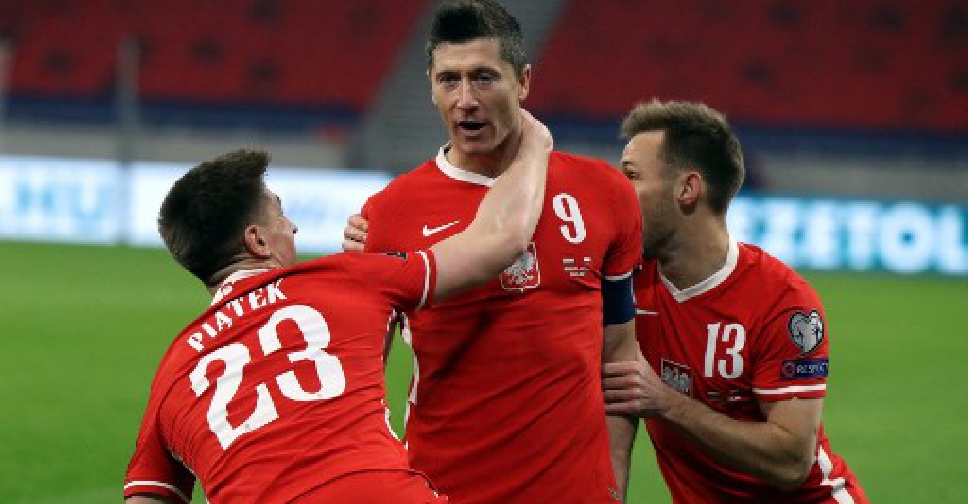 Striker Robert Lewandowski's injury is a big challenge for Bundesliga leaders Bayern Munich ahead of Saturday's game at second-placed RB Leipzig, but the team has the quality to deliver, coach Hansi Flick said on Friday.

The Bundesliga's top scorer suffered a knee ligament injury while on international duty with Poland last week and is expected to be out for four weeks.

The Pole has scored 35 league goals so far and was on track to break the record 40-goal haul of Gerd Mueller from the 1971/72 campaign.

The Bavarians are on 61 points, four clear of Leipzig in a two-horse title race. VfL Wolfsburg, in third, are a further six points behind on 51.

"These are situations that coaches have to face," Flick said of Lewandowski's injury. "I feel sorry for the player as well. I would have liked to have all the players. We all know that Robert is an important player."

"Now we have to see how we will solve this. We have players who can play that position. It is a challenge for us all and we have to tackle it."

Flick said Eric Maxim Choupo-Moting was the likely choice to front Bayern's attack on Saturday but there were other options as well.

Bayern will not only be without Lewandowski in the league, he is also expected to miss their Champions League quarter-final against Paris St Germain later this month.

"This is now the final sprint of the season. Every player knows that the weeks in April and May are decisive," Flick said. "It is a quality of our players to be there when it matters. We will build on that and must be tighter together and give it all in every game."

"What is key is to go into the game with the right attitude," said the coach who has led Bayern to six trophies in the past 10 months.

"We have the players who in games such as this have often risen to the occasion."