Bayern and Dortmund seal wins ahead of title showdown 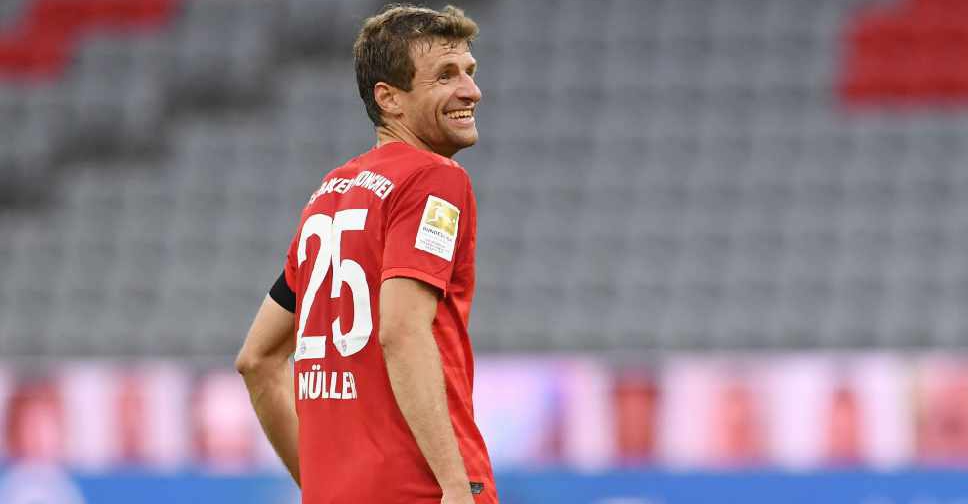 Bayern Munich and Borussia Dortmund both secured comfortable wins in Saturday’s Bundesliga action ahead of their top-of-the-table clash on Tuesday.

Reigning champions Bayern saw off a spirited Eintracht Frankfurt 5-2 at home, with Leon Goretzka, Thomas Muller and Robert Lewandowski giving them a 3-0 lead before a quick-fire double from Martin Hinteregger gave Franfurt hope.

However, Alphonso Davies soon stemmed the visitors momentum, before Hinteregger once again found the net, but this time at the wrong end, as Bayern maintained their four-point lead at the top.

That came after Dortmund, their closest challengers in the title race, had temporarily cut the lead to one point with a 2-0 win at Wolfsburg, thanks to goals from Raphael Guerreiro and Achraf Hakimi.

Dortmund host Bayern in the match known as “Der Klassiker” on Tuesday evening, with kick-off at 20:30 UAE time.

Elsewhere in the Bundesliga, Bayer Leverkusen won 3-1 at Borussua Monchengladbach to leapfrog their opponents into third in the table, while 10-man Werder Bremen overcame Freiburg 1-0 and bottom-of-the-table Paderborn held Hoffenheim to a 1-1 draw.