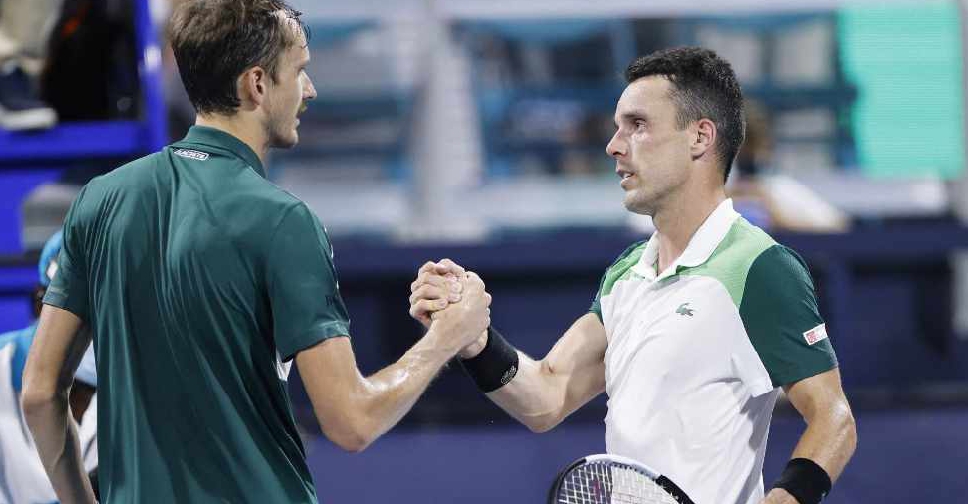 Roberto Bautista Agut maintained his spotless record against Daniil Medvedev with a 6-4 6-2 quarter-final victory over the world number two at the Miami Open, ensuring there will be a new ATP Masters 1000 winner on Sunday.

Four of the top six on the men's tour have skipped Miami, and with the exit of the Russian top seed there are no players with a Masters 1000 title left in the draw.

Medvedev, who replaced Rafael Nadal as No. 2 last month, went into the quarter-final with a 17-2 win-loss record for the season but had lost to the experienced Spaniard in their two previous career meetings.

And there was no third time lucky for the Russian, with seventh seed Bautista Agut sealing the win in 92 minutes.

"To beat Daniil in two sets, it's because I played great tennis," the 32-year-old Spaniard told reporters. "I was very solid and I could play with a lot of rhythm, make him work a lot.

"Physically I felt well on the court. It was a very tight first set. Well, it was a great match from my side."

After eight tight games in the opening set, Bautista Agut nudged ahead with a service break for 5-4, leaving Medvedev to smash his racquet in frustration.

The Spaniard, who will face 19-year-old Jannik Sinner for a place in Sunday's final, did not look back from there.

"I was very focused on me, on the things I had to do on the next game," he said. "Of course if he broke the racquet, it's because he lost his patience.

"I think I did some great things to put him under pressure and to (make him) feel like this."