Barty storms into third round as US Open mops up 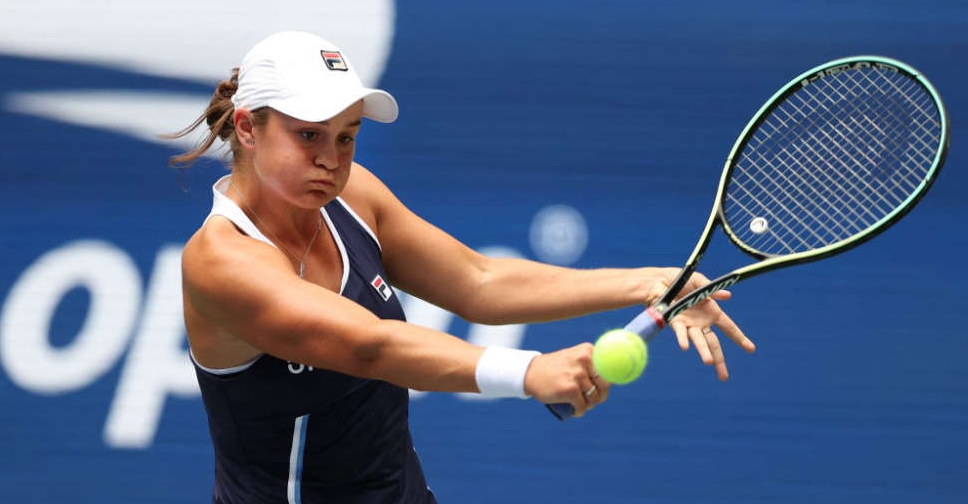 World number one Ash Barty stormed into the third round of the US Open by taming Danish teenager Clara Tauson 6-1 7-5, while the Billie Jean King National Tennis Center mopped up after a night of torrential rain and damaging winds.

A brilliant sun and clear skies greeted Barty and Tauson as they kicked off the action on an Arthur Ashe Stadium court that 12 hours earlier had closed its retractable roof and battened down the hatches as remnants of Hurricane Ida pounded New York, shutting roads and trains in and out of the sprawling facility.

The powerful storm led the National Weather Service to declare a flash flood emergency in New York City for the first time in history.

The impact of the storm was still being felt at the US Open on Thursday, with the start of play delayed by an hour as fans trickled back for morning matches, while crews raced to clear flooded roads and trains slowly returned to service.

"It was pretty devastating last night from everything that I heard," said Barty. "It did wreak some havoc, obviously there was a later start today I think because of obviously the damage to the site.

"It took us a while to get in this morning but we kind of allowed for that time.

"I think we were kind of prepared for it in a way as best we could be, and, yeah, we just kind of got on with it."

Tauson faced another type of storm in the form of top seeded Australian Barty, who threatened to blow the 18-year-old off the court in a lopsided opening set before letting up in the second. As in her opening round match, a 6-1 7-6 win over Vera Zvonareva, Barty dominated early on then struggled to deliver the knockout punch.

Owner of five titles this season including her second career Grand Slam at Wimbledon, Barty had 33 winners compared to 14 by Tauson but lacked focus at key moments, converting just five of 19 break opportunities.

Still, the 25-year-old Australian did what was needed to advance to the third round where she will face American Shelby Rogers or Romanian Sorana Cirstea.

"I think chipping away in these first two matches has been good," said Barty. "The tennis hasn't been as clean as it was a couple of weeks ago, but we accept that.

"I just have to play each and every match as I would every other tournament and be prepared to play my best tennis as best I can on that given day against my opponent."